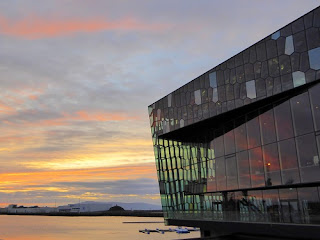 It's been the most discombobulating and wonderful four days, with obscenely early rises made more than bearable by stimulation of mind and heart. I managed only one full day and three concerts at brilliant young pianist-animateur Vikingur Ólafsson's Reykjavík Midsummer Music - feature due on The Arts Desk this coming weekend - because I knew I couldn't miss an Aldeburgh event equal to the ambition of Peter Grimes on the beach, Pierre-Laurent Aimard's journey through Messiaen's Catalogue d'Oiseaux from sunrise to midnight. And I'm overjoyed with what I savoured of both.

First night in Iceland did not deliver a midnight sun since the sky remained overcast. But by early evening of the next day, the clouds had cleared. Above and below are Reykjavík scenes at around midnight - the fabulous Harpa where two of the three concerts took place, the central lake (Tjörnin) 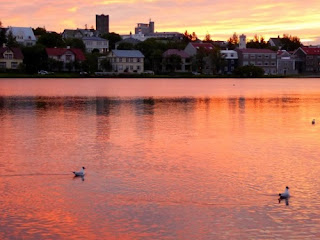 and the spire of the ever-impressive Hallgrimskirkja, by which time I think the illuminated clock face was reading 12.40am, from near my hotel past the domestic airfield (full of bird interest, as a future picture-blog will show). 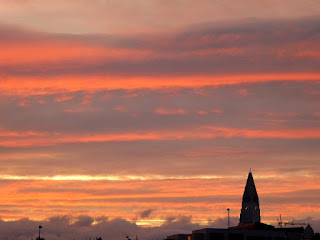 And yes, I and the delightful Samantha Holderness did get out of town for a trip I've been wanting to do for ages - to the old parliament site where the North American and Eurasian tectonic plates are pulling apart in a spectacular rift valley, Þingvellir. More on that and the birdlife in all three places anon.

So, a 5am rising to get the plane back to Heathrow, a couple of hours' kip at home and then up to Aldeburgh on the eve of birdday. Arrived about 9pm, found the famous fish and chip shop closed and wandered the beach with a nearly full moon in the offing, just about visible in the below picture 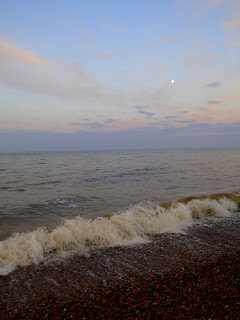 though not looking northwards to Thorpe Ness 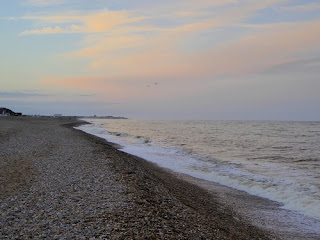 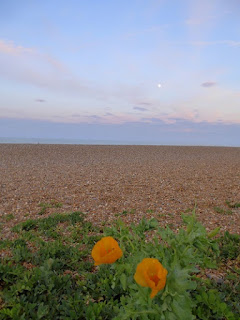 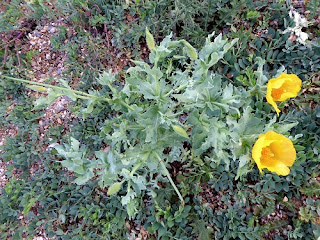 In bed by 10.30pm, up at 3am to be driven by Rebecca Driver, for whom nothing seems too much trouble, to the Snape marshes to catch the dawn chorus. 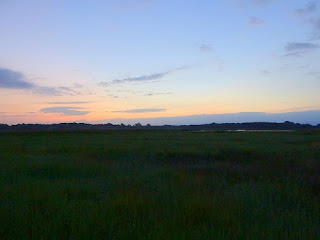 It wasn't quite as bird-loud as I'd expected, but my recordings - maybe I can download them as sound files some time - reveal more than I heard. It was good to learn retrospectively, since Messiaen features it in a high clattery trill, that the stridulation I heard was that of the Grasshopper Warbler.

The Alde glinted in the pre-sunrise glow 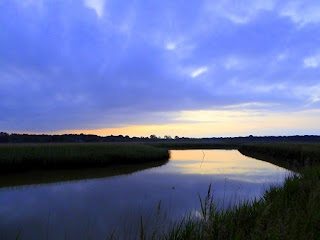 looking somewhat different to how I'd seen it in post-storm late afternoon light on a flying visit the previous Wednesday (review of the very impressive ENOA opera I saw here). 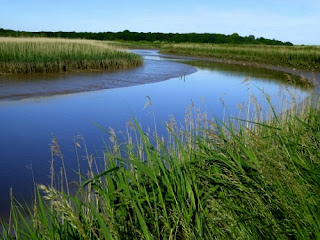 By the time Aimard's 4.30am recital was over, the sun had risen spectacularly, visible through one of the Oyster Bar windows, and moved upward through cloud to leave only a different sort of glow. 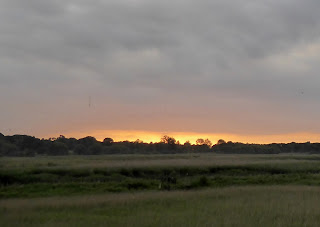 Other Tagesszeiten less well documented, not least my afternoon bathe in a far from freezing North Sea, but vivacious Lucy Cheung sent me this shot of my ascent from the Minsmere bird hide to Aimard's al fresco dusk concert on Whin Hill. 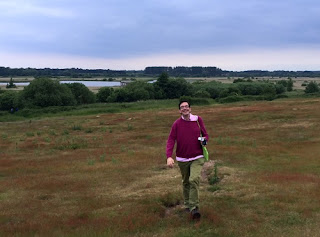 Dark clouds gathered for that, but the rain had the decency to hold off; three hours later, near midnight back at Snape, it was pelting down and continued to do so on the journey back to London early the next morning.
Posted by David at 17:17

These photographs are spectacular, and the Aimard Messiaen must have been truly other worldly.

Interesting that you use the term 'other worldly', Sue. Having just worked my way through Schopenhauer's The World as Will abd Idea (abridged!) for the Tristan classes - very readable, incidentally - I'd say that Messiaen has a wonderful balance between the phenomenal, ie this-worldly, in his birdsong, and the nouminal or other-worldly in the way he presents each piece. He really does get to the 'thing-in-itself' (though, as Schopenhauer would say, music is always that).