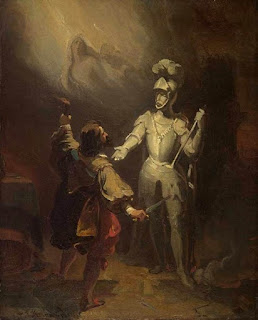 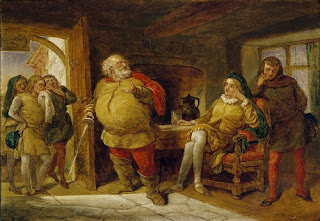 Which is a way of advertising six classes of the new Opera in Depth season on Mozart's Don Giovanni and my forthcoming BBC Radio 3 Building a Library on Elgar's Falstaff (broadcast date 8 October). Let's get the basic info down for the first, since it starts on Monday 26 September. Runs for ten weeks, Mondays 2.30-4.30pm, at the wonderful Frontline Club in Paddington. We devote the first five weeks to Don G before moving on to Shostakovich's The Nose (covering two or three weeks) and Ligeti's Le Grand Macabre (one or two). Mark Wigglesworth is down to return on 14 November, having by then moved on to Berg's Lulu at ENO. If you're interested in joining, try this email: david.nice@theartsdesk.com

While it's hard to love the Don Juan of Tirso de Molina and the Don Giovanni of Mozart, who could not have more complex feelings about Shakespeare's greatest (semi)comic creation? Elgar understood his dualities and wrote the most perceptive 'analytical essay' for the Musical Times of September 1913. Novello helpfully reprinted it as a little booklet, which I treasure. 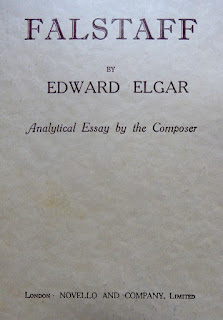 As this most magnificent of tone-poems illustrates, Elgar had no time for what he saw as the 'caricature' of The Merry Wives of Windsor but couldn't praise too highly the creation of Henry IV Parts One and Two, whose death is described so vividly by Mistress Quickly in Henry V. Thus part of Elgar's second paragraph, using Professor Dowden and Maurice Morgann to speak for him:

The real 'Sir John Falstaff is a conception hardly less wonderful than that of Hamlet.' This complexity has been summed up by Morgann as follows: 'He is a character made up by Shakespeare wholly of incongruities; - a man at once young and old, enterprizing [sic] and fat [not sure what the duality is there, mind you], a dupe and a wit, harmless and wicked, weak in principle and resolute by constitution, cowardly by appearance and brave in reality; a knave without malice, a lyar without deceit; and a knight, a gentleman and a soldier, without either dignity, decency, or honour.'

Dare I say the opposing qualities would have appealed to a typical Geminian like Elgar? They account for why in part Falstaff is also a self-portrait (cue this surprising photo which Graham Rickson sent me today). 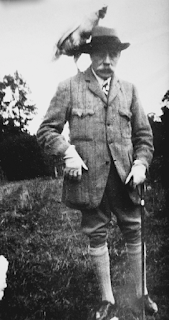 Everything is in perfect balance - the humour and extroversion versus the introspection of the dreamer, darkness and light, programme music and pure symphonism. The climaxes of the Gadshill exploit, battle and aggressive coronation march sit well around and between the heartbreaking dream interludes - and if those don't have the right degree of inwardness, any recording is going to fail. That helped me to make distinctions and to jettison half-good performances at key points. But more I cannot say, of course, until the programme's aired. 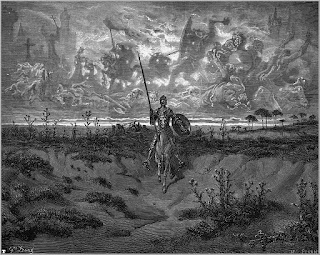 Some years ago I was asked to give a talk comparing Falstaff with Strauss's Don Quixote. There are so many points of correspondence between the man Strauss hailed as 'the first English progressivist' and the Bavarian tragicomedian (another Gemini, of course). I had a wonderful time on Wednesday evening hearing the English Concert in two Quixote-related works; should have got to know Telemann's Le Burlesque de Quichotte long ago, but what a light-footed charmer it is, made all the richer by Danann McAleer's reading of what turned out to be the poetically archaic Victorian translation of Cervantes by John Ormsby. Maybe that's the version I should turn to next - for like War and Peace, Don Quixote should be revisited at least every 10 years. 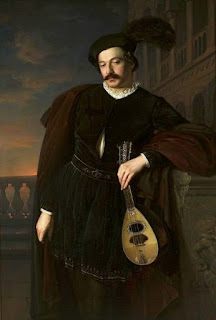 It's in fact been nine years since I last covered Mozart's Don Giovanni in what was then my Opera in Focus class. Now we coincide with the first and last fling of what ought to be a perfect partnership, Mark Wigglesworth conducting and Richard Jones directing a new production at English National Opera (oh, what wouldn't we all have given for the original plan that the duo should share The Gondoliers, a work Carlos Kleiber in all seriousness would have conducted at ENO if they'd taken him at his word). I look forward to all the film references Richard revealed in a special-preview ENO talk with Christine Rice and myself, bearing in mind that he had given each of the cast members a special DVD. Clive Bayley, the Leporello, got The King of Comedy. 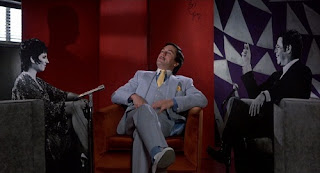 Which made me buy a copy and watch it for the first time. What a masterpiece of discomfiture and a prophecy of the insane pitch celebrity culture has already reached. Astonishing performances from De Niro as the man who won't let go, Jerry Lewis as the man without humour - and Sandra Bernhard as the fan from hell, getting her big break from Scorsese. 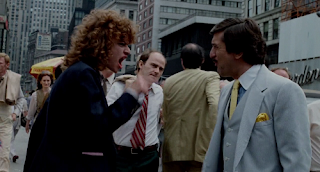 Hoping that Richard will come along again to the Opera in Depth course. Looks likely, but he's usually elusive until closer to the time, and of course totally preoccupied with Don G at the moment.
Posted by David at 00:30

How far do the remarks about Falstaff also apply to the Verdi version?

Well, as we know, Boito grafted lines from the Henry plays into Verdi's operatic Merry Wives (not always organically, as in the placing of the 'honour' speech in the musically marvellous monologue at the end of Scene One). And music enriches the plainer text, with Verdi taking the Windsor Forest moonshine seriously. The lovely thing about the sitcom original is its use of concrete, down-to-earth vocab which Boito matches with some flavoursome Italian archaisms.

Elgar's work is much darker overall, and has a sound like no other orchestral masterpiece I know. I aimply couldn't choose between opera and symphonic poem, and fortunately I don't have to.

In her memoirs ( I have given my copy to Sue Bullock) Melba refers to Falstaff as Verdi's "strange swan song ".

Nothing strange about it to us - maybe it was just ahead of its time in its extreme compression, by operatic standards. Whereas I would say that Elgar's Falstaff IS strange, and there are things in it I can't quite explain by reference to the Henry IV and V plays. The element of autobiography, perhaps.

Alas I have to teach my own classes on a Monday, but I'll be with you in spirit!

Thanks, Andrew - what do you teach? Violin or appreciation? I'd love to know.

Such an interesting mix of operas coming up for your class. Would of course love to know what you have to say about The Nose. I've marked my calendar to listen to your Building a Library segment--Elgar's Falstaff is entirely unknown to me. On the ENO film references, I only dimly remember The King of Comedy and have no recollection at all of Sandra Bernhard appearing in it. Might be time to watch it again, if I am able to tear myself away from current events, that is.

I wish you were here to be part of my fab class - you'd love your fellow students, they're such an interesting group. I doubted if The Nose could sustain more than a couple of classes - Shostakovich always said that the music wouldn't work if detached from the staging and I think that's mostly true. Elgar's dark masterwork is for some reason the least known of his half-dozen greatest scores, J loves it; it has such a unique atmosphere. But some parallels, certainly, with Strauss's Don Quixote.

Worth watching The King of Comedy alongside the groteque media circus of the current campaign - there are points of contact.