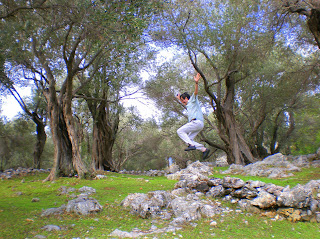 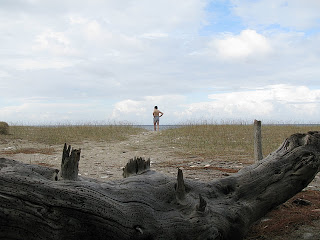 Following perhaps excessive contemplation in previous entries of my 'large peri-orbital haematoma with tracking to the lateral margin, secondary blepharospasm and superficial abrasions' (thanks to Doctor Andy Beale, KBE), I thought it was time to back-project myself to more idyllic surroundings before retreating from the pictures. Happy day indeed, our Samian walk from Potami to Mikro and Megalo Seitani beaches. That's little and big Satans, to you - and you can see that the day after the big storm, the wee devil was still quite churned up. 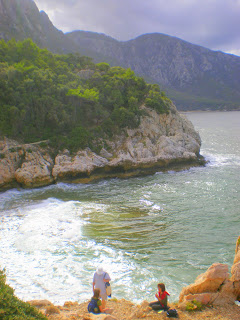 On the way, we passed through some of the loveliest olive groves I've seen. Better candidate, the olive, opined J, than the noble laurel for Daphne-like metamorphoses. The ground was studded with cyclamens and the odd chequerboard autumn crocus: 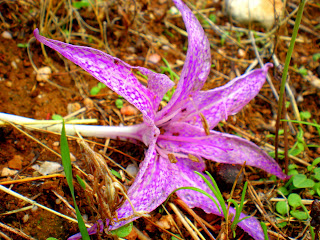 and then we were out on the cliffs, which felt not a little like the wilder stretches of our 10-year project the South West Coast Path, above sea-lashed rocks 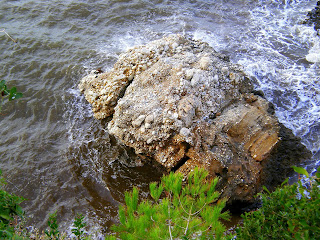 down to Mikro Seitani, where the waves were too rough for bathing 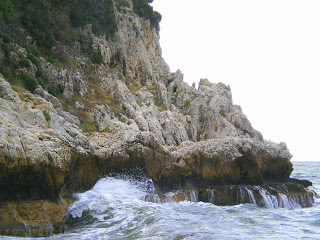 and on to its big brother 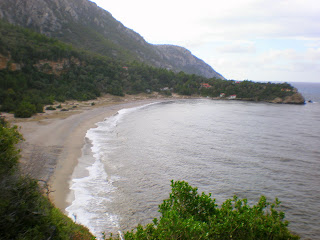 reached at a point where a dramatic gorge tumbles down to the beach on the east side. 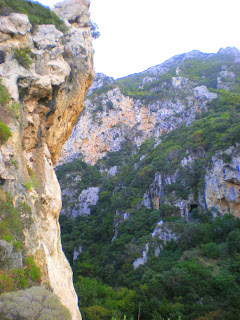 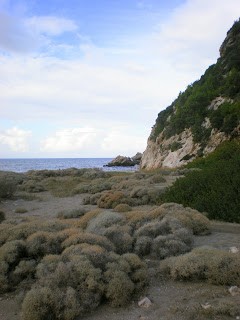 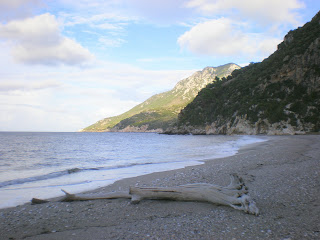 Blissful bathing, a picnic of salami, cheese and tomato rolls followed by halva, and we made our way back. I'm an addict of round routes, but the daylight hours were too short and of course it all looked very different in reverse, with the late afternoon sun and clouds further transforming the scene. 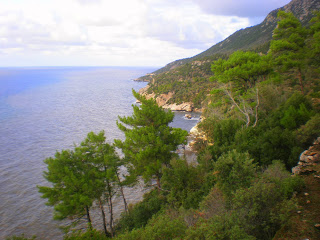 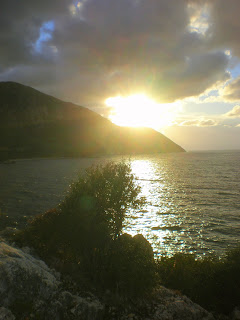 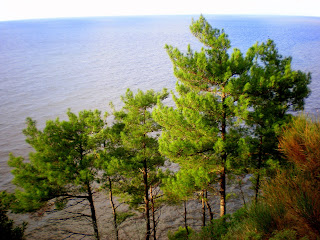 Back at Mikro Seitani 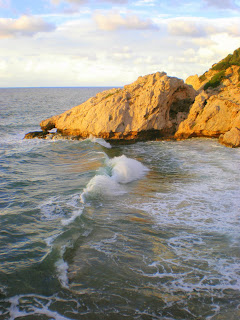 the sun finally sank beneath the waves 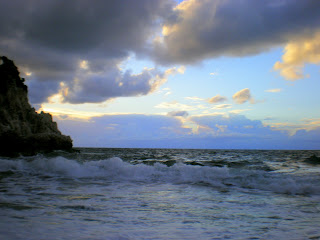 and we returned to Potami in time for supper. And I can say the same as I did in the saga of the ascent to Panaghia Makrini: we hadn't seen another soul all day. Soundtrack? Sibelius's only southern tone poem depicting the daughters of Oceanus frolicking in increasingly rough waters, a Desert Island piece for me. If you want sonic indulgence, there's none to beat Rattle and the City of Birmingham Symphony Orchestra, but I was surprised at how good Boult was in this magical rep in the late 1950s.

Gosh, David, I never knew that Sibelius piece - gorgeous. No wonder it's a favourite of yours.