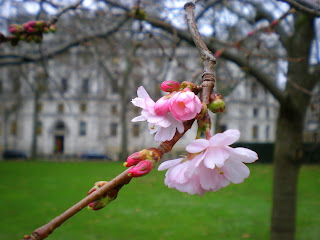 That alien visitor the sun shone yesterday, but not on Wednesday when I essayed a grand walkabout in town, from BBC Broadcasting House at midday to the Barbican at night. I felt the liberation was justified because recording the Building a Library on my now-adored Berlioz Romeo et Juliette - listen on Saturday morning at 9.30am or on the iPlayer for the following week - meant it was properly done; I can't relax the weeks of adrenalin-fuelled work until I can be sure that the voice has held out long enough to record the script.

It did, I had fun, so after a bite to eat at Leon's and a necessary purchase of Bronnley's lemon soaps from Liberty's (Leopold Bloom did the same at Sweny's of Dublin in the 'Lotus Eaters' episode of Ulysses, I learnt long after taking a fancy to them) I took the Nash way to St James's Park. Where the first snowdrops were finally out. 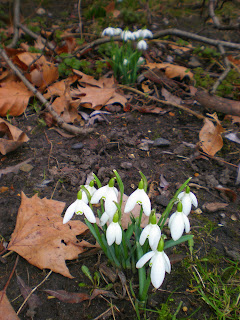 A park worker asked me if it was true that a snowdrop had fetched £300 on eBay. I said I had no doubt, because galanthophiles will pay that much for a rare species - though I feared these were not in that category. Saluted a black swan 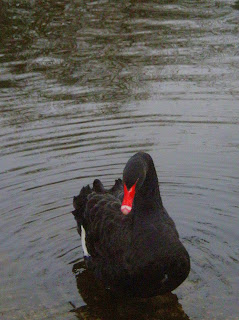 the pelicans on the island 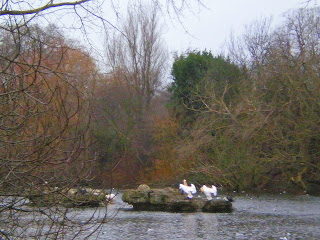 and the first blossom 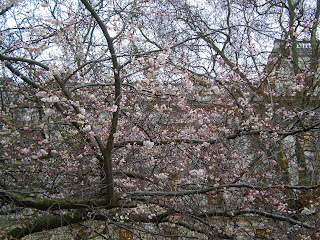 and went to meet the diplo-mate at Europe House where a new Slovenian exhibition requring 3D specs had just gone up. Through the park by the Houses of Parliament, peppered with grotesque Mexican statues 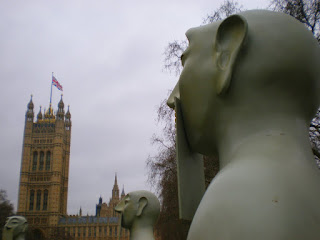 and then via Southwark to Borough Market, where I did my favourite shop - beans from the Monmouth Coffee Company, salami from the Piedmontese stall and crabmeat from the fish stand, where Whitby is queen of the seas. 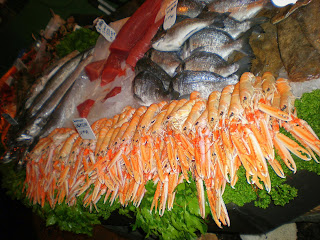 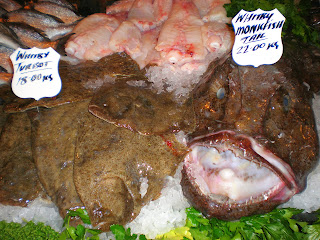 And so eventually to the Barbican to be exhausted by Belohlavek's Mahler 6, where there were two divas (at least) in the audience - Linda Esther Gray (my guest, and now dear friend) and Anja Silja (Jiri's guest). The one thing I didn't manage to enlarge upon in the Arts Desk review was why I think the Allegro energico should always be followed by the scherzo, which it wasn't that evening:

1) It's a 3/8 replay of the opening march, in the same instrumentation;
2) The second subjects, Alma and the children respectively if you believe what she says, appear in the same keys - first F major, then D major;
3) The Andante is really only won when you've been through the two ordeals, and if you buy the children-in-the-sand image of the Scherzo, then the quotation from the Kindertotenlieder in the slow movement can only come after their Grimm-like annihilation;
4) The half-hour finale is too much after the grim scherzo. 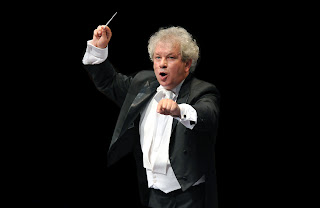 Belohlavek - pictured above by Chris Christodoulou - made the best possible reasons (2 versus my 4, see the review) for the reverse order, but I'm still not convinced. But no matter, it was a shattering evening. What with that and the Jacobi Lear screened live on Thursday, I've been reeling. Which I can't exactly say about Weinberg's The Portrait at Opera North in Leeds tonight. But I'm jumping ahead of myself - more anon.
Posted by David at 23:01

Congratulations on the Berlioz Building a Library, David. Made me want to get to know that extraordinary piece much better.


This may be the greatest of the white fishes - for eating

It should if beautifully fresh be steamed or poached, NOT grilled

Totally agree with you about Mahler 6 that the Scherzo should come second, then the Andante. Several of my musician friends who've performed the work think the same. Of course, Mahler didn't help matters by flip-flopping about the order from the start, which is good for keeping music professors busy. I take it that you've read David Matthews' contribution on Mahler 6 in The Mahler Companion, where he sets out his case briefly for the order of Scherzo, then Andante.

Yes, Geo., I did read the Mahler Companion very thoroughly when it came out. There's a clear exposition, too, in Donald Mitchell's collection of Mahler writings.

Very surprised, though, to read that Ivan and his Budapesters tried out different orders on tour, back and forth, and came to conclusions opposite to ours...