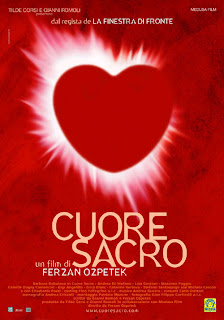 You never know what each film of Ferzan Ozpetek has in store. In Sacred Heart, he tries the visionary line. It's unsettling, beautifully filmed, challenging in every frame - even when most of what his extraordinary leading actress, Barbora Bobulova, does is simply to stare blankly. She can age or become youthful just by a flop of the hair, a widening or glazing over of those mesmerising eyes. She moves from reluctant hard-nosed businesswoman with buried family sacrets 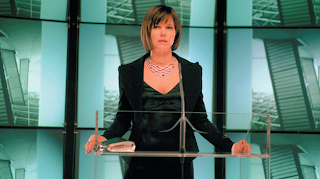 to a confused being with a conscience - saint or schizophrenic? 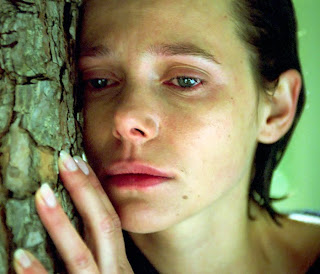 I can't really say more without giving the film's totally unpredictable trajectory or mysteries away. Ozpetek's usual gay themes don't feature (though the cast does include the most unreally handsome priest I've ever seen). It's a gem: watch it in a double-bill with Le Fate Ignoranti, which would have to follow as redemptive romance. That's a desert island gem of the alternative society. But this one bored itself deeper in my unconscious and gave me very strange dreams. And Ozpetek's up there for me, among living European filmmakers, with Julio Medem and Arnaud Desplechin.

I'm not fishing for connections when I say it just struck me how like our shadowlands heroine were the features of Lynne Walker. I had such a shock when a mutual contact at the Halle told me she'd died last week. He'd already alerted me that she was quite seriously ill; I presumed chemotherapy might be doing the trick, didn't contact her as he didn't really want her to know he'd told me. And now I wish I had. 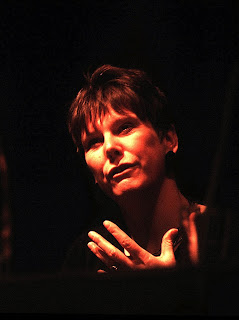 Lynne has been quite a companion in our profession over the years. She never much liked me pointing out that I was a mere student when she ran the press affairs of the Scottish National Orchestra - that aged her somewhat, she thought, though she always looked attractive and youthful - yet it was through her open arms that I got to interview Neeme Jarvi for the student newspaper ('an Estonian with SNO on his boots' ran the headline).

Subsequently Lynne took on a lot of editing work to complement her own lively writing, and we had such a healthy working relationship. Looking fondly through our emails, I'm amazed how many from her are titled 'thanks': she always responded to copy, which is sadly rather rare in the business. In fact we agreed between us that one should always tell someone if a piece or a performance has had an effect (I'm still harping on that theme).

We also shared a few pre-performance talks - she was quite a forceful interviewer - and a panel discussion at the end of the momentous Prokofiev celebrations at the Royal Northern College of Music, Manchester, in 2003. How it makes my heart ache to look at the below picture and to realise that of the four personalities featured only Prokofiev's composer-grandson Gabriel is still with us. That, of course, is Ted Downes with Noelle Mann to his left, a lovely shot of both of them. 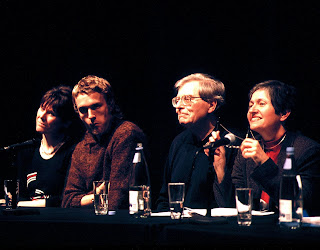 And here's the whole line-up, since Fiona McKnight of the Prokofiev Archive sent these pics over on request. Also in the 'cast' are Sasha Ivashkin at the end of the table, David Fanning to my right and my hero Michael Kennedy on my left. 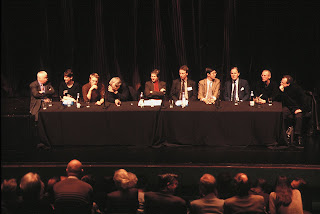 Happy memories, but now a great sadness. There are some farewells, like the glorious Westminster Abbey thanksgiving for Joan Sutherland on Tuesday, where you can't feel too regretful because an existence has had its natural span. Lynne's and Noelle's hadn't, though both lived full lives. My thoughts to Gerald Larner.
Posted by David at 12:01