A week in Mahler

Barely a month goes by at the BBC Music Magazine* without a new Mahler recording or two to review, and the releases have been accumulating in the second of the two anniversary years. Do I ever get sick of the limited diet? Hand on heart, no, since these symphonies remain the supreme challenge of the orchestral repertoire - unless the performance happens to be lifeless from the start, which means there's an awful lot of unsatisfying listening ahead.

In terms of live performances, it's as well to ration, which means choosing wisely. I knew, for instance, that Belohlavek's Sixth would be the one to hear this year, since his long-term BBC Symphony Orchestra cycle has been so uniformly excellent, considered and - unusual for the unassuming Czech - exciting in spurts. This week there have been three concert events I'd have been stupid to miss, even at the cost of having to interweave them with three recordings in what might have been Mahlerian overkill. 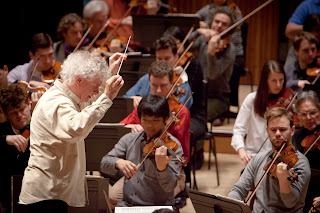 After Nezet-Seguin's orchestrally inspiring Das Lied von der Erde last Saturday, the Rattle Berlin cavalcade began, or rather the full-orchestral part of it did, with rather more out-of-this-world Mahler - and Stravinsky - than I'd anticipated. So I was in a state of unnatural excitement about Wednesday's performance of the Third (photo of the morning rehearsal by Alexander Newton - at last I realised why I knew the name of Amihai Grosz, pictured right; he's the very lovely viola player from the Jerusalem Quartet, which he left for the Berlin Phil last autumn, and one of the world's best).

Alas, so perfect was Rattle's latest Mahler Third in detail, so attentive did he prove in getting the best from every orchestral soloist, contralto (the astounding Nathalie Stutzmann) and choirs, and then came that finale. I'd hoped for so much but it just didn't begin to compare with the arching, mobile adagios I'd heard when Belohlavek started his cycle, when Salonen took me by surprise with how far he'd come in an incandescent Philharmonia performance, and of course when the Lucerners included it in their cycle with Abbado.

Even that BPO/Rattle Fourth began to seem just one notch below the flexible best that can be achieved when on the Wednesday I finally caught up with Abbado's Lucerne performance on DVD. 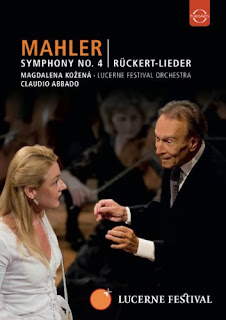 The snag there is a seemingly demented and undersupported Kozena, but I feel I've moaned enough about her here and I get more unfriendly feelings off my chest in the BBCMM review, which will be in the April issue (as I wrote, you can always switch to the bewitching Juliane Banse on Abbado's other DVD Fourth with the superb Gustav Mahler Youth Orchestra, and just ignore the Ruckert Lieder here, which I endured so you don't have to). Curate's egg Jukka-Pekka Saraste completed the roster of the half-dozen performances I experienced this week, with a spacious, lushly phrased and well paced Oslo Sixth undercut by a far less convincing Ninth (guess Saraste has yet to get the measure of his Cologne orchestra). Again, these are BBCMM subjects, so the chapter and verse will eventually follow. 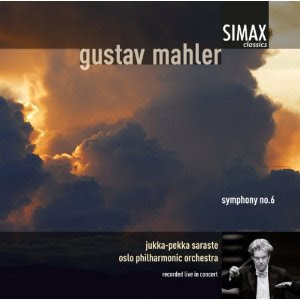 Anyway, at the last minute I decided I still hadn't had enough so we'll be going, after all, to Pappano's espousal of Das Lied in the Schoenberg chamber version at the Cadogan Hall tomorrow, with the little interlude of an American tragicomedy at Covent Garden tonight.

It's a risk above all because I've never liked to hear the mezzo replaced by a baritone - Mahler's second-best option - but, remembering the depths Thomas Hampson achieved with Pappano in the 'Strange Meeting' denouement of the Britten War Requiem (alas, his companion, Bostridge, did not), I reckon it might just work.

*have you voted for their 2011 awards yet? Please do so here, on condition that you take notice when I whisper 'Melnikov', 'Petrenko' and 'Rusalka' in your ear.
Posted by David at 12:12

Clearly the villain, crazed with lust, is about to grasp his victim with his twitching hands, whilst she, in virginal white, is captured by his hypnotic gaze, and shows in her eyes the sign of her imminent surrender.

Steady on - Victorian melodrama might do. But in any case little does he know that the 'victim' is as nutty as a fruitcake - witness her rendition of the Ruckert Lieder.

Did you create that Mahler picture, the colorful one? I run a small CD label in the US and we're doing a Mahler album. If you designed that, perhaps we can talk? You can find me at glenroven@gmail.com. Thanks!

Yes, Glen, with a little help from my friend. Email coming up.