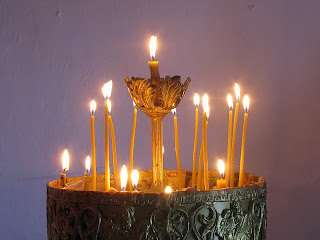 When we lit candles in the little chapel of Aghia Paraskevi, high in the mountains of north-west Samos, it was to remember our dead on All Hallows' Eve. But the saintly one was there to protect or heal the sight of her supplicants, as the many votive offerings indicated. 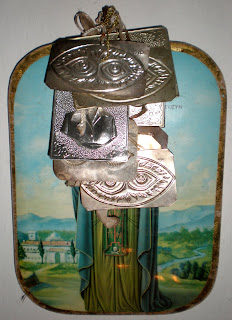 I didn't think then that I would need eye protection, and if I got it, it sure worked in mysterious ways. As you no doubt read, I damaged my left eye and its vicinity quite seriously in the bike-smash less than a fortnight later. But for one thing, it could have been a lot worse, and for another, the circumstances led me to the Western Eye Hospital and a brief if painful laser treatment for my torn left retina. Which I suspect had been there before, from the rather inert comments of an ophthalmologist a couple of years ago. So it could very well have led, I was told, to a detached retina, which in turn can lead to sight-loss. In this respect, if you're superstitious - and there's a bit of that left in even the most rational of us - you might draw the irrational conclusion that Aghia Paraskevi was indeed my protectress. 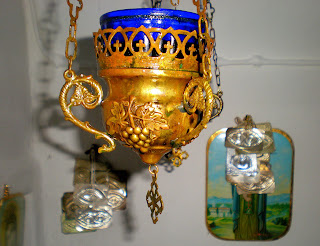 The point of all this is to say that yesterday the maxillary unit of Northwick Park - the fifth hospital I've been to over the past few months - gave me the all-clear on the sinal fracture. The CT scan - the second, more detailed one after the first had got lost in translation (!) - revealed what we needed to know, that it was only the frontal wall, and not the rear one as well, which had been smashed. So I can have cosmetic surgery if I want - I don't - and all else I need to do is watch out for odd sinusitus as 'ten years down the line' I could develop a cist in the crack, so to speak.

In the meantime, I need to get on to Southwark Council about the truly ridiculous situation with the post in the middle of the end of the inadequate cycle lane south of Blackfriars Bridge. If only to stop it happening to someone else. Here's one of my photographic evidences, together with the brand new helmet I hate so much, but which I'll be wearing on even the smallest cycle excursion. Bear in mind I was coming from the other direction, looking ahead to the pedestrian crossing which weirdly shares the lanes. Do I have a case? 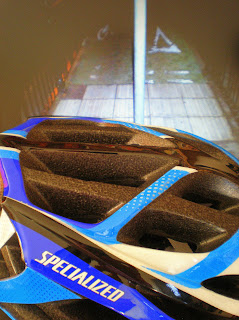 It was hard getting back on the bike several Wednesdays back after months of inaction - and I hadn't been anticipating any psychological fallout. But as I found with a frustration that verged on tears, I'd lost the knowledge, cars seemed alarming and threatening, which they actually were on an afternoon of full moon. That I stopped, anyway, to admire on the Southbank, having shucked off the cares and got back into the swing after half an hour. 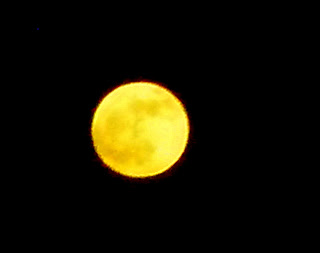 Too much information? Not interested? Well, I don't want to sound ungracious, but while a decent few here did react to the earlier announcements, it does surprise me how little acquaintances give a dam(n). All I'm saying is that, dear fellow bloggers, if you had an accident like that you can be sure I'd join the comments to show a bit of solidarity. But I'm not you and, let's get it straight, friends on the blogosphere aren't real friends. Though several here have at least proved the exception, and I'm so glad to have made their acquaintance.

Hopefully not self-pity, this, only the way it is. Just as in the real world, reactions have ranged from the truly concerned, horrified and angry ('WHY weren't you wearing a helmet?') to the indifferent or the unheeding. Might I just add one general deduction from experience, though, which isn't quite the same thing as sympathy but comes into the same field of involvement: if you admire something someone's done or written, always tell that person - write, e-mail, go backstage if it was that good. Spread the love around.
Posted by David at 10:19

Whether the saint or just good luck on our part, it's always good to hear when someone comes out of an eye crisis in good shape. Congratulations, David, and may there be no more side effects on down the road -- so to speak! :-)

Rationally, I don't believe that anyone is favoured - to the question 'why me?' there's always the answer 'why anyone'. Of course there's always that vein of superstition which will pop up unexpectedly.

Thanks, anyway, to one of the trusty few - I appreciated your support at the time. On which note, I do hope your partner's come out well from the treatment after all this time. Thoughts to you both.

Naughty boy fall off, bump. Get donkey is better.

Well I am glad to hear this good news. Auguri!!!
Please wear the helmet and maybe post a picture, it might be quite fetching.

No, NO-ONE looks good in a bike helmet. Though it was not out of vanity that I'd discarded it, simply headsweat and discomfort.

Dear Dolly, you may be good for the streets of Djenne, but London life would not suit you well.

Spread the love indeed. I suspect you underestimate your cyber-friendships. Anyway, much empathy and rejoicing at the good outcome from someone who has some insight into your trauma, ocular and psychological.

I too crashed and broke my inferior orbital margin with dental nerve neuropraxia, as well I suspect several million neurones wiped out, such was the period on unconsciousness even with a (compulsory) helmet. Spared the national health, good access to the quacks (I am one), I still failed the test you just passed - I didn't get back on. Congratulations.

Watch your retina - if anything changes act early (Moorfields?) And keep blogging, and taking gorgeous photos, and arts-desking, please; at the very least it makes it easier being stuck down here.

Golly, wanderer, that makes it worthwhile. Yours sounds a lot worse, too - dental nerve worries were checked up on, and they ticked that off as one less thing to worry about.

This is one thing I do love about blogging - the parallel lives in different time zones and very different worlds, which I have only briefly sampled (so hard to imagine your neck of the woods visited by all the climactic plagues under the sun). Thank you, anyway!

Well,glad to hear your good report,David. My mother's experience at Western Eye hospital was less happy, but that was a very different situation and too complicated to go into now.
Do artists really like you going backstage? I always feel rather shy about this, but you'd know better..

Actually, Paul, the Western was chaotic. First time, the two consultants discussed me as if I wasn't there and only at the last minute did the one who was going to 'burn the retinal tear shut' tell me about the procedure. Then I reeled out on to the street with eyes streaming and nearly got run over (they should have advised me to sit down for twenty minutes).

Second time, I waited for an hour and then found the staff shouting at each other for putting the returning visitors before the emergencies. The two should have been kept separate, of course.

As for backstage visits, I don't like doing them unless I'm really enthused. And there are usually too many people standing in a line for anything meaningful to be said. But I do know singers who just return home without having seen any of their public after a performance. On second thoughts, it might be better to drop a postcard at the stage door (did that with Kenneth Riegel's Zemlinsky Zwerg).

As one of the luddites who doesn't understand RSS feeds, this is the first I've heard of your accident. I follow your blog from the link on mine, so when I neglect my own...

Anyway, tardy as it is, I'm so sorry to hear about something so rotten happening, and even gladder to hear you're on the mend.

Not trying to smoke anyone out (well, maybe I am, just a bit), but very happy to see the likes of such good folk as yourself, Jon: many thanks.