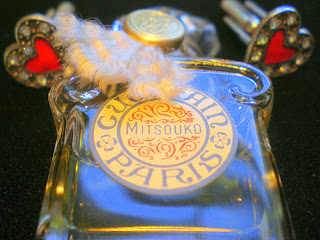 After our all too brief visit to the V&A's glorious Diaghilev and the Golden Age of the Ballets Russes exhibition, the diplo-mate decided that he wanted the same perfume as that favoured by the dandy-impresario in the 1920s*. Today seemed like a good one to honour him with the results of my search - especially as a Christmas present had been wanting (you'll have to believe me when I say we are not, I think, a very materialistic couple).

Yes, the magic name of Guerlain, established in the early 19th century, is still producing Mitsouko, first unleashed in 1919. I read that 'the creation of Mitsouko was inspired by the heroine of Claude Farrere's novel La bataille, a story of an impossible love between Mitsouko, the wife of Japanese Admiral Togo, and a British officer' in 1905. The novel has died a death, but the scent which Diaghilev used to perfume not just himself but also the curtains wherever he was staying, lives very strongly on. I agree with Nicholas Blincoe in his New Statesman article, when he asks 'in what other field is it possible to use the exact same product as Queen Victoria (Fleurs de Bulgarie), Colette (Jicky), Diaghilev (Mitsouko), Marilyn Monroe (Chanel No 5) or me (Neroli Sauvage)? And with these perfumes, you are not buying a reproduction or an approximation. It really is the same perfume.' 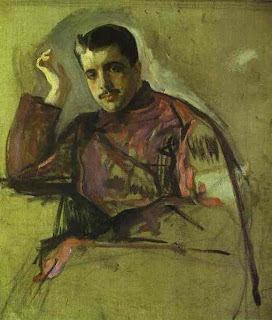 So, with a new-found excitement over the world of living smells, I finally tracked down le tout Guerlain at a counter in Harvey Nicks'. In what's only my second visit - the first was last summer, when we took a giggling mother and daughter Lambton to try on identical dresses - I put my request to the shop girl. She'd never heard of Diaghilev, but she did point out that Mitsuoko was beloved of 'lots of celebrities' and had a very feminine fragrance (I had to put her right that it wasn't necessarily feminine I was after). 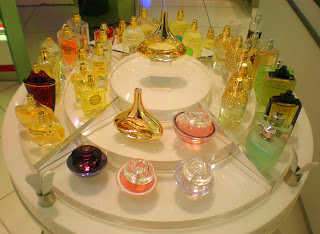 While I was waiting for the elaborate gift-wrap ritual, I had a good test of other Guerlain flower-potpourri fragrances. Mitsouko seemed to be the strongest, Champs-Elysees dated back to 1889, Nahema was my favourite (though J found the taster card too 'violety'). Imagine my excitement, though, when I got home to do some research and tracked down a passage I was looking for in the Prokofiev diaries. Yes, he was attracted to perfumes too, and to Guerlain, no less. For once, the brilliant Anthony Phillips needs a different letter in his transcription - the perfume in question is Kadine rather than Cadine. It came out in 1911 and was resuscitated in 2005, though bottles seem to be bandied around the net at c.$500 each (dearly as I love my main master, I'm not going there). 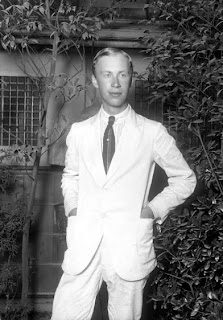 Here are some of the historic entries:

(4 March 1913) Tonechka Popova [fellow student at the Petersburg Conservatoire] has the most wonderful perfume. I fell in love with it before Christmas, but it got all used up before I could find out the make. Today both Popova and her perfume suddenly reappeared out of the blue, and I relieved her of her handkerchief. Mama thinks the perfume smells like the fresh melted water you sometimes get in the middle of a patch of ice, but I must find out the name of it tomorrow and buy myself some. There are times when I am very much drawn to a strongly aromatic scent. I remember the first time I was in Sukhum I could not get over the smell of the gardenias.
On 5 March Prokofiev is misled into thinking it's 'Guerlain Coty', but discovers this is a nonsense, so rings up Popova and persists. She tells him what he wants is 'Guerlain Kadine'. After doing the rounds of chemists and parfumiers, 'when at last I telephoned a big store on Nevsky [Prospect] they did have it, I was thrilled. It's not cheap: 10 roubles for a small bottle' (Mitsouko's not cheap either). 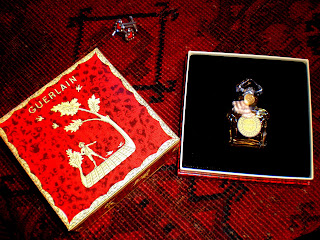 6 March: after composing part of the third movement of the Second Piano Concerto, 'I bought a bottle of Guerlain Kadine and am luxuriating in this scent, despite nagging doubts that it may not be the same as Popova's'.

I wonder if the two Sergeys ever discussed perfumes. I like to think so. At any rate it's a delicious link between the two - and me, and the diplo-mate.

You old romantic you! And I can only assume that the diplomate is more than happy with your thoughtfulness?

He is graciously gratified, yes. And it came with Margaret Price singing Strauss lovesongs (the Wigmore is selling their first fifteen CDs at an amazing £6 each).

I hasten to add that I have NEVER bought more than a card on this merchandising day before.

A very Happy Valentine's Day to you both!

Thanks, Will, and to you two too. Guess it was about time someone used the 'V' word.

I had no idea of Mitsouko's long and fascinating backstory. I used to wear it, having smelt it on another choreographer (whose name I will tell you offline). Having been rather brutally cut out by said choreographer, I cut out the perfume too. Only the other day, though, in Rome Airport, I tantalised myself with it, thinking even the powerful emotional impact a smell can have can also be renewed and purged of older and less happy associations... Somewhat prosaically, the price did what nostalgia might otherwise have achieved!

Smell is supposed to be the sense most powerfully capable of reaching into the past and triggering the revival of long-dormant memories.