A voyage round Charles Darwin 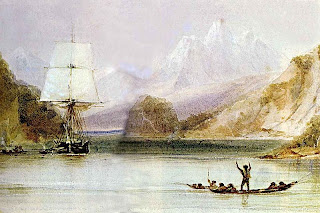 His home and interior lives have almost as much to fascinate us as the five years he spent travelling the globe on the HMS Beagle (pictured above at Tierra del Fuego by the ship's artist, Conrad Martens). What's not to love about Charles Darwin, unless you happen to be a creationist? Sensitive, kind, scrupulous in both his professional and private capacities, an optimist despite personal tragedies ('according to my judgment, happiness decidedly prevails'), a careful master of the most lucid prose and above all a man human enough to admit that Homo sapiens might not be best equipped to understand 'the mystery of the beginning of all things', which is why he was 'content to remain an Agnostic'. 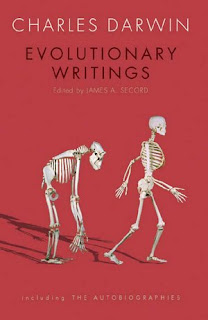 The religious question is set out with all his customary clarity and humanity in a few vital pages of his 1876 'Recollections', helpfully included in the Darwin reader which has been my bible in recent months. But to learn even more about the man in all his wonderful variety, I can't recommend too strongly the selective biography written by his great-great-grandson Randal Keynes. I've been wanting to read it since being so very moved by the film which took it as a basis, Creation, a subtle masterpiece which hasn't as yet had the acclaim it deserved (being banned in large parts of the USA didn't help). The title of the book has gone through various metamorphoses, from the infelicitous Annie's Box to Darwin, His Daughter and Human Evolution and now plain Creation. 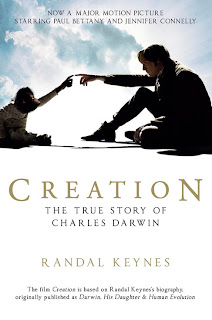 Which will do, though the emphasis still remains on the heartbreak of his ten-year-old daughter Annie's death at Malvern in 1851. Keynes nevertheless manages to weave in all the major events and writings, giving them just enough space and context (we learn about everything from the Victorian attitude to the afterlife, the philosophy of Hume and the darker side of society to children's novels and bathing devices). 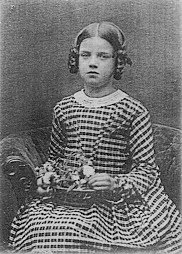 Daguerreotypes clearly didn't do the Darwin family's simian features a favour - nobody ever looks relaxed or happy in them, and clearly Annie's smile lit up a room. What I find most touching of all about Darwin's many depressions after losing her is that in 1863, virtually unable to move and watching the tendrils of a plant growing in his study, this most articulate of men could hardly string a sentence together. And yet, in speechless grief at the death of his beloved Joseph Hooker's daughter, he did manage after weeks to pen a note: 'My dear old friend, I must have pleasure of saying this. Yours affect[tionatel]y C. Darwin'. 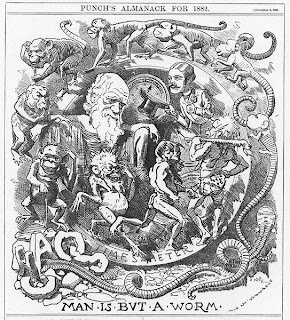 We all know the cruel reductionism of the press when difficult and complex ideas first lodge in the consciousness of the general public. Yet of course Darwin's did, and continue to do so, with scientists agreeing that even his unprovable hunches turn out to have been correct. On the Origin of Species really is that miracle of miracles, a scientific study to be read and understood by everybody - perhaps in that respect only Freud is comparable, another master writer - not least because as David Damant reiterates, Darwin spent so many years long polishing its prose and taking care with how he communicated what he had to say. 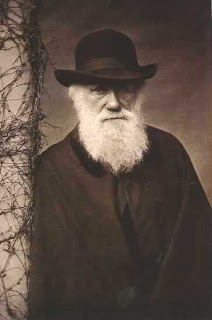 And I do love the man from everything I read, not least because of the big and happy family full of offspring who don't seem to have had a harsh word for him later in life. Zooming down the wooden staircase slide at Down House, always being welcomed into papa's study and having the wonders of nature painstakingly explained wouldn't have been a bad childhood. But thank God child mortality rates aren't what they used to be. In this privileged land, at any rate. 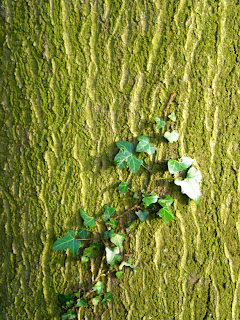 The remark that even Darwin's unprovable positions turn out to be correct has a parallel with Isaac Newton. Newton was asked whether he could prove one of his statements about some aspect of the physical world and he replied that he had known the facts about that aspect for some time, but he would need a few days to provide a proof. Once one begins to think in a new paradigm the patterns emerge and one can see the propositions which are deducible ( if one is a genius - and sometimes even if not, once the paradigm is established )

I find the position of the Creationists difficult to understand - Creationism is not a necessary part of the Christian religion: the Church of Rome quite a time ago stated that Big Bang was perfectly compatible with Christianity - and with the Bible, admitting the poetic nature of the early writers

I suppose I should be inured to this by now, as it's so prevalent over here, but, nonetheless, it's appalling to me to learn that "Creation" was banned in large parts of the States. Certainly by now, Darwin should be universally celebrated, not reviled as some persist in doing. I will never understand the desire of some to sit in utter darkness--and force others to do so, too--when there is a world full of wonders to explore.

I suppose it either shows how modern he is, or how backward vast swathes of society still are. Either way, I can't recommend dissemination of the DVD too strongly - even to those who don't think a real personage's life should be fictionalised in any form, like Mr. Damant - and look forward to seeing it again now that I know a little more.

Ideologies may not have changed very much in the States.....Colonel Robert G. Ingersoll (1833-1899)called himself an agnostic but was essentially against religion. Indeed he has become famous as a leading atheist ( Maybe the two words were not well distinguished in his day.) He had a magnificent library. "Heavens, Colonel ! " exclaimed a visiting lady " what did all these books cost?" "They cost me the Governorship of Illinois and perhaps the Presidency of the United States" replied Ingersoll, who was in fact offered the chance to run as governor, if he disavowed his agnostic position, which he refused to do.

The cover of "Creation", echoing Michelangelo in the Sistine Chapel, also calls to mind Feuerbach's comment that Man created God in his own image.

At the risk of overstaying my welcome on the Darwin comment, I seem to remember that for early ( and not so early ) cameras one had to remain still for a few moments. If so, it is likely that those sitting for a picture would be concentrating on remaining still, and therefore not " relaxed", and not looking jolly.

I would like to steal the picture by Martens. Not only beautiful as a picture, but giving the feeling of being a long way away, and seeing new aspects of the human condition

Especially for daguerreotypes (and the London studio CD took his family to is described very vividly in the book). Mind you, my Russian friends wouldn't dream of being seen smiling in photos. The minute they know the camera's on them, they stand rigid and assume a serious demeanour quite at odds with the mood of seconds earlier. And their old photo albums are full of such earnest, frozen looks.

Hi David .. good to meet you and it looks as though you have a really interesting blog - I'll be around!

Raining Acorns sent me your way .. I love the Martens painting too .. and have been surprised recently with the possible knowledge that Newton 'was a bully' .. especially re Robert Hooke - whom I've posted about.

It's really interesting seeing other aspects of life .. looking forward to looking around ..