The Darwins at Down House 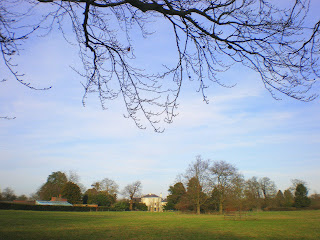 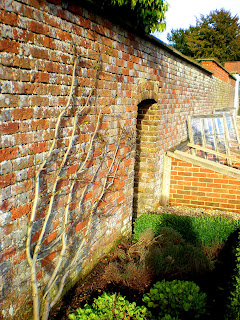 Though contented with my lot, I'd rather like to have been a son of that noble being Charles Darwin, and to have grown up in the ordered but often playful atmosphere of the house he lived in with his wife Emma and their children from 1842 until his death 40 years later. Yes, there were the all too familiar tragedies of Victorian child mortality - the death of ten-year old Annie is so sensitively covered in that underrated wonder of a film Creation, while Charles Waring Darwin only lived for two years. But by and large it must have been marvellous to grow up under the wing of so clear-sighted and enthusiastic a lover of the natural world, a genius who always had time for good people and his own children.

Maybe I sentimentalise overmuch. But nothing in Darwin's lucid and loveable Recollections leads me to believe otherwise, and Down House is an enchanting place, now in the not over-fussy care of English Heritage. 'I was pleased', he writes in that short, modest autobiography, 'with the diversified appearance of the vegetation, proper to a chalk district, & so unlike what I had been accustomed to in the midland counties; and still more pleased with the extreme quietness and rusticity of the place.'

That pertains even now; the many half-term visitors last Thursday seemed to be absorbed into the calm atmosphere. I went on a day-trip with friend Clare and her two children. It was - ah, how short-lived - a mild and eventually sunny early Spring day. We walked there from the very fringes of south-east London suburbia, getting out of the train at Orpington station, with a first stop at the village of Farnborough. There the sprawl finally stops just as you reach the church on the hill with its huge ancient yew and fanciful gravestones (here are the children, delighted to find their family name on several tombs, reading an inscription). 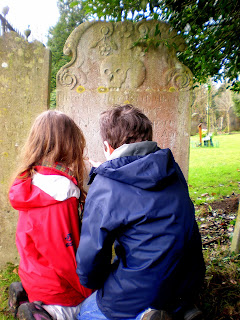 Sadly the church was locked, as was the one in the even prettier village of Downe itself (the 'e' was added in 1850 to distinguish it from its Irish counterpart). 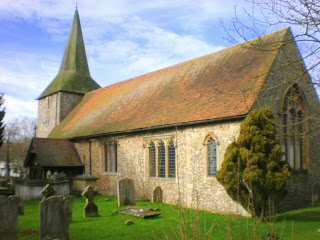 We took a steady amble there via fields, woods and lanes, past clumps of snowdrops by the stables of High Elms (now one of many golf courses in the vicinity) with a pretty clock tower 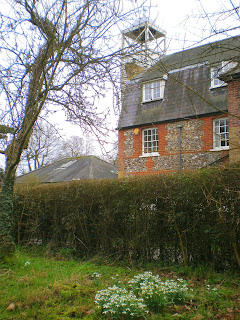 loving the lichen, the catkins and the old man's beard. 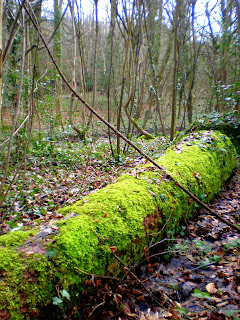 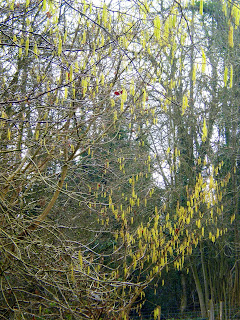 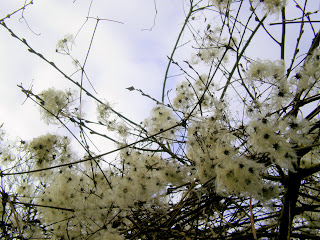 They've done a fine job at Down House of explaining the great man's extraordinary life in a series of exhibitions upstairs, which are worth spending a long time mulling over before you descend to the recreated family rooms. Briefly a girls' school, which moved premises in 1921 but kept its name, the grounds only passed into English Heritage hands in 1996 and were reopened to the public two years later. Thanks to co-operation with many other Darwin-related institutions, chiefly the Natural History Museum, they lodge many of his most treasured notebooks, specimens, books and tools of the trade here. Clearly the most impressive room is the study, rather dark and sombre as it faces east, as opposed to the rooms on the west side (chiefly the Drawing and Dining Rooms) which thanks to sundry extensions and alterations allowing big windows are flooded with light. No photos to be taken inside, reasonably enough, so I've taken English Heritage's silence on reproducing a study shot as consent, hoping that a link to their website will suffice. 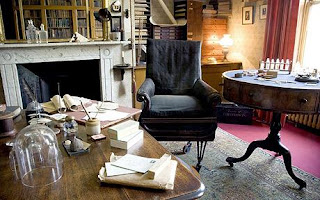 The areas around the not especially attractive Georgian-plus house, inevitably, are the highlight, above all the elegant blue-painted greenhouses in the kitchen garden. 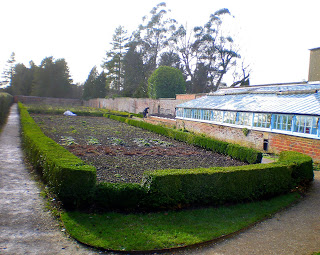 It's exciting to see the kind of specimens Darwin worked on so significantly, bearing in mind that not only did he write On The Origin of Species and Descent of Man at Down but also many of his groundbreaking papers on plants: on the fertilisation of orchids (1862) 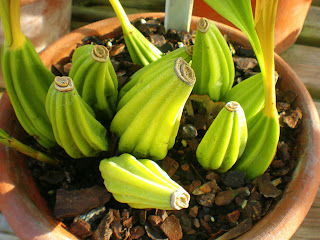 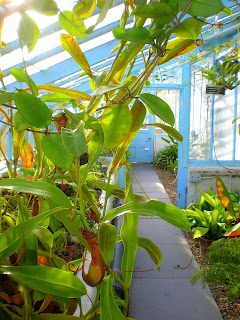 and on insectivorous plants (1875), having studied Drosera near Hartfield, which led him to cultivate dozens of specimens on the greenhouse benches. 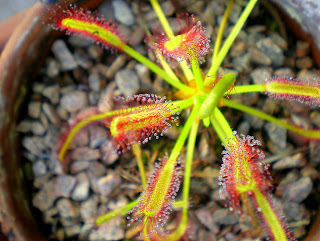 'At present he is treating Drosera just like a living creature', wrote the long-suffering and critical Emma at that time, 'and I suppose he hopes to end in proving it to be an animal.' He did, more or less: 'it has always pleased me to exalt plants in the scale of organised beings', he writes in the Recollections, and sums up his achievement in the insectivorous field: 'The fact that a plant should secrete when properly excited a fluid containing an acid & ferment, closely analogous to the digestive fluid of an animal, was certainly a remarkable discovery.' 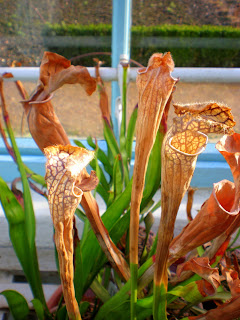 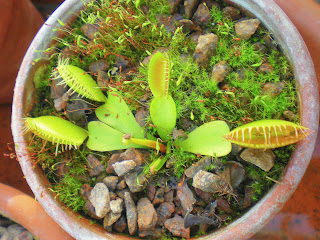 After the wonders of the greenhouse, we then had just enough time to follow in the footsteps of Darwin's daily circuits around the Sandwalk at the western fringe of the garden. But I think I'll save the beauties of the trees along that route, their trunks glowing in the silvery-brown afternoon sunlight of late February, for another time.
Posted by David at 12:52

And imagine all the Wedgewood you would have had to not break.

Oh, capital. To put uninformed readers in the picture, my guidebook tells me that 'the dinner service on display is part of the Wedgwood "waterlily" or "Nelumbium" service that Darwin inheried from his mother, Susannah, who herself had bought it from her brother, Josiah Wedgwood II.'

You may also be amused to hear that one of those Google ads popped up when I posted this entry advertising car hire in the Northern Territories...only connect.

If the dinner service on display was inherited from his mother, then there was more where that came from. Emma Darwin was in fact a Miss Wedgewood, and she and Charles were first cousins!

Those Google people know too much. Driving in the Northern Territory has its hazards, though doubtless safer than being Mr Darwin's shooter, let alone offspring.

Thank you for this. I'm glad to have learned about this house and its treasures. I'll hope to visit myself one day.

And, Wanderer, I do indeed know the hazards of driving in the Northern Territories - we hired a car in *Darwin* and headed out for Kakadu. Goanna smacking on to the windscreen, wallabies crossing, heat so intense and humid once you left the air-co'd car you had to leap back in. And I nearly died of dehydration having climbed what must have been a dreaming site near Nourlangie Rock, but that's not a car story...I'd go back in a flash.

Hi David .. great tour you did .. I too, as Raining Acorns, who sent me here, says must pay Downe House a visit sometime.

Very welcome, Hilary, and you remind me that I must pay Gilbert White's Selborne a visit.