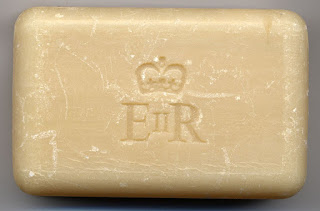 Just took my first steps as a clictivist on Change.org - yes, I know, it often doesn't achieve much, but petitions HAVE turned things around if the numbers get high enough. Sign, if you agree, this agenda to make sure the May-propelled plans for Trump's state visit come to nothing. I tend, if anything, towards small-r republicanism, but I admire HRH's life in public service and reckon it would be a shame if her final years were overshadowed by meeting such a bigot. As one friend wrote, she's had to meet some nasty men in her time but this one's in a whole different league.

The signers have been rather few after my first bout of group e-mailing, but I've had some interesting conversations with friends who aren't sure, or disagree. My response is that that it would have been just about acceptable if the President-elect had spoken out against his most threatening supporters, the KKK, and the wave of hatecrimes which have already, as with Brexit, used the result to legitimise violence and make people afraid; and, above all, if he hadn't appointed to sit at his right hand a neo-Nazi, White Supremacist, call it what you want but 'alt-right' is too weak*. This from Occupy Democrats nails a great deal in no uncertain terms.


Feel free to continue the conversation here. And meanwhile, continue to be angry and find ways of channeling your anger.UPDATE (23/11): Dan Rather has spelled it out in a viral Facebook message reproduced here. BUT THEN...I just read he HAS disowned them. That, and the promise not to 'jail Hillary', are a start. To say, however, that he knew nothing of Bannon's connections to the 'alt-right' and say that Breitbart is just a bit of fun was disingenuous in the extreme. Long way to go in other areas, too.

*and, much as I hate to reproduce it, this is what Trump needs emphatically and specifically to refute before ANYBODY has anything to do with him. He is supported by Neo-Nazis. Use that name and don't follow Bannon's rebranding of 'alt-right'.

If the UK government is a responsible government it has to deal with regimes of which it does not approve. Mrs Thatcher was very good on this. Her position was that we have to deal with these regimes, but she found it useful if those took the view that those regimes were not morally up scratch would campaign to that effect, which helped to keep her on the right perspective even as she dealt with them. That seems a correct position

Margaret Thatcher was a FRIEND of Pinochet. What a terrible example. And there are others.

Anyway, this is your opinion. I think I've already said why I think Trump should not be received - because of his KKK approving right hand man and his failure to distance himself from the hate crimes.

A student in my class today said that the Queen did not receive the Obamas until two years into his presidency, Perhaps they could stall and in two years' time or less Trump may have imploded. Not that Pence would be any better...

I'm aware that we cannot cut ourselves off from such an important country as the USA and that that means politians will have to deal with this man, however distasteful they find him. The Queen is outside such considerations and should be able to stand free,to support us,her people by politely refusing to have anything to do with him.

I do hope she can, Deborah. Thanks for signing. Not doing very well at the moment - only a tenth of the folk I've emailed have contributed. But I've had some reasoned replies as to why others won't.

The real trouble with Trump is that he has a character quite unsuited for power, and although some of his unpleasant statements and actions may derive from his character and be a partial indicator of that character one should bear in mind that many politicians to whom we can accord support say and do things we dislike and perhaps intensely dislike. Trump's faults however are pervasive. Also the Queen has to act on advice from ministers - not to take their advice is impossible, though Bagehot said that the Monarch had the right to warn

These are exceptional times, though, and a great deal of creative thinking needs to be applied to exceptional measures.