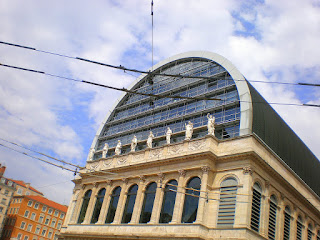 A flying visit, to see Wagner at the Opéra, which turned out to be not so much the keenly-anticipated 'Fura dels Baus Tristan' as one which was the most satisfyingly sung, acted and played across the board of any I've encountered live. Arrived Friday noonish, headed over the Saone and settled on the first good-looking place for lunch I could find - which turned out to be the Restaurant Un Saint-Jean hiver at No. 14 Rue de Lanerie, partly because the building has one of the finest sculptured Gothic facades in the old town 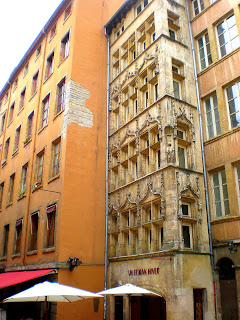 and partly because the lunch menu promised Lyonnais specialities straight from the market. And excellent the first two courses proved - a salad of foie de volaille followed by andouillette (not to all tastes, but I'm a bit of an offal man). Dessert not so good, or maybe the wrong choice, three minis fatta in casa with coffee. Food theme continued with a whizz around Vieux Lyon trying to take streets I hadn't walked before - hence along the appropriately statued Rue du Boeuf 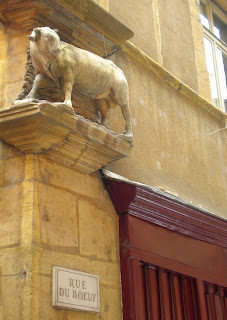 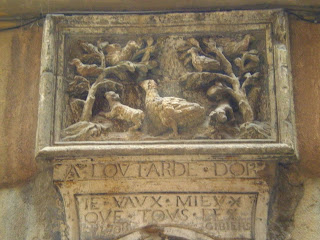 up to the heights, this time skirting the Roman ruins and finding an odd little park in a zone populated by that unattractive species, the French schoolkid 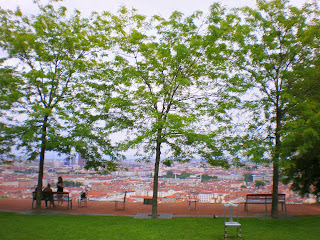 and back via the bourgeois shopping centre with its great doorways 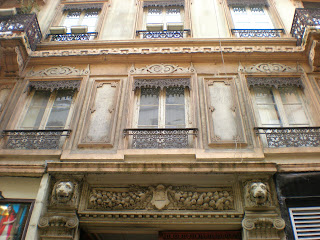 and a splendid (though no doubt less so in the multiplex interior) Pathe cinema. 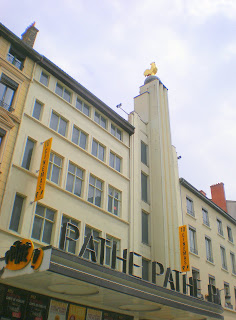 It might have been the grey, muggy and intermittently rainy afternoon, or my own overtaxed mood, but I found Lyon on a second visit rather tired and skanky. I asked my taxi driver about the Somerset House-style fountains in the Place des Terraux which had so sparkled on a winter visit, and he told me they'd been broken for a long time and no-one had as yet attempted to fix them.

Anyway, a journey inside the belly of the black, shiny whale Jean Nouvel has made of the 1830 Opera House is always a striking, if rather claustrophobic experience. It suited the dream-world of La Fura dels Baus's Tristan vision rather well (production photo by Bertrand Stofleth showing the marvellous Ann Petersen recumbent) 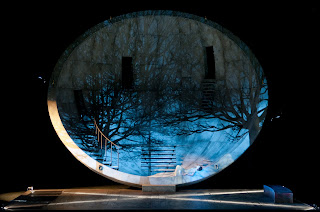 And, happily transported by the first act - the second less so - I enjoyed standing at the long, light bar of the preserved 1886 foyer 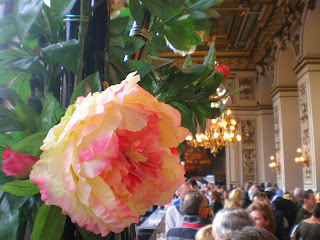 as well as looking down on it from above. 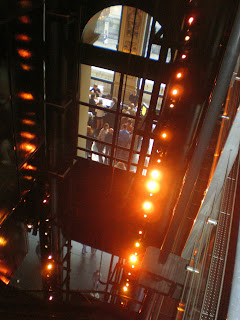 One other plus: I've never had a quieter night in a hotel than in Room 407 of the Hotel des Terraux, built on the site of a graveyard which my ancestor Huguenots ransacked: a bit dark, since the only window looks on to the courtyard, but not a sound did I hear from midnight to 8am. Thus returned a little refreshed, after so many early rises and late nights, for the wedding on Saturday. Oh, and I do recommend splashing out on a trip to see an opera in Lyon: in this instance you would have heard a Tristan you'd have been happy to encounter anywhere in the world, Bayreuth included, at a ticket price of anything from 5 to 95 euros.
Posted by David at 10:05