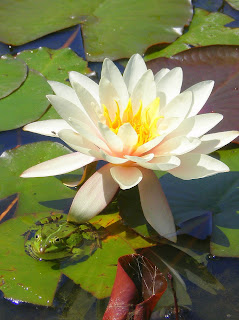 They'd be more appropriate as ambient noise for Rameau's Platée than Handel's Teseo, which is what I went to Göttingen to hear. But one thing's for sure: German frogs croak and ribbet their hearts out far more than any British ones I've ever come across (if anyone can direct me to a noisy pond anywhere in my vicinity, I'd be grateful). I'll never forget the wild sounds echoing over the lakes in Dessau's shaggy park when we visited friends Lottie and Andrew there during pre-unification days, and from the perhaps slightly over-manicured water-zones of Göttingen's botanic gardens came sporadic bursts of a similarly forceful projection. I took this little film for the sound rather than the picture, but watch out for a tiny bit of frog action around the 13-second mark.

Even the blackbird seems to sing louder than ours! Anyway, this is above all for Maria-Jesus, who oddly waxed lyrical about the froggy gang-bang of my Broughton entry. It's not often you get such perfect nymphaeae in bloom with ranae to boot perching on the lily-pads or, in this case, under the flower. 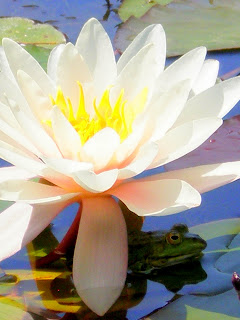 The Alter Botanischer Garten provided a welcome refuge on my only, baking-hot full day's sightseeing in Göttingen. Where there's a top university, there's usually a fine botanics, and this one was planned by Albrecht von Haller shortly after the academic foundation of 1737. I'm told the staffing here has dropped radically in recent years, but it seems pretty well kept to me, and it has its shaggy zones, too, almost as wild as Dessau's. So via the gunnera 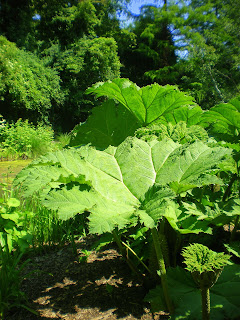 to the rose garden 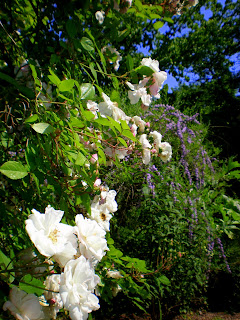 where Honoré de Brabant was giving off a heavenly scent 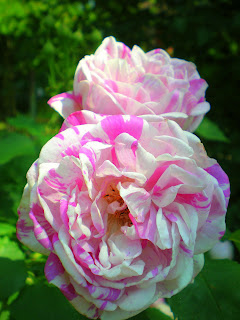 and bees buzzed around Francofurter. 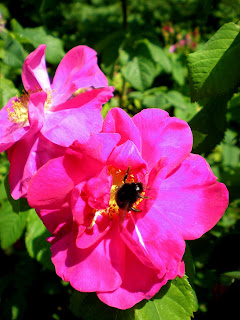 I also had a decent lunch in the Botanic's easy-going cafe, run I think by an Iranian-German, hence a good array of spicy, rosewatered tea 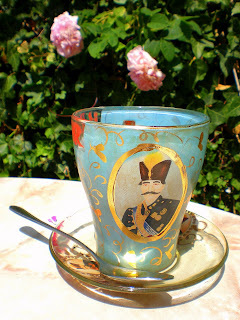 and cardamom coffee, both of which I sampled before hitting the best sale of cacti and associated rarities I've ever come across. I baulked at the fact that I probably wouldn't get a plant through customs. Ruefully examined the exotica that I couldn't buy before taking a look at the fern house, converted in 1910 from its original 1857 use as an orangery and recently restored to its former glory. 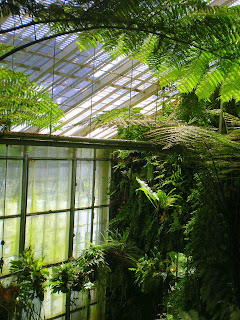 Then it was back into town to tick off the remaining churches and exotic housefronts. Later I hired a bike from the hotel and puffed up the hill, ostensibly in search of panoramic views down on Gottingen's towers and spires. Even though I didn't have time to find one, I did marvel at the big old trees of the Hainberg forest 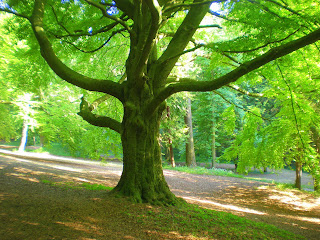 and the abundant wildlife; in the early evening light deer were leaping across the path in great numbers. But I had no time for further natural wonders: Handel's Coronation Anthems and Lalande's Te Deum were summoning me to the church of St John.
Posted by David at 09:14

In the croaking chorus of the frogs of Nice's video, one can at around the 5 second mark hear the COAX COAX following the BREKEKEKEK.