Dame Eva by her pupil Linda 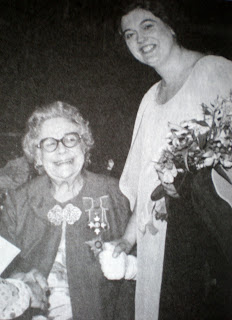 Our beloved friend Linda Esther Gray has taken up her poetic pen again: having chronicled with painful truth the saga of her own meteoric career as the greatest Isolde of her time - hurry up, someone, and post her Liebestod with Goodall on YouTube, as it's the best I know - and what went wrong, she's now devoted the best part of two years to doing her teacher Dame Eva Turner sympathetic justice.

The biography's subtitle, 'A Life on the High Cs', comes from a priceless anecdote. A sailor saw green Eva hanging over the rails on one of her many Atlantic voyages and commented 'I see you are not used to life on the high seas, ma'am'. To which, quick as a flash despite her indisposition, she replied: 'On the contrary, my man, I make my living by them'. Si non e vero, e ben trovato.

Anyway, this will be the essential sourcebook for just about everything Dame Eva did and said in public - about the private life less will be known, though Linda speculates that the long-term relationship with Anne Ridyard was more than professional: 'seeing them together, they were never less than the sum of the parts and were in many senses - one. They just felt like an old married couple by the time I knew them with all the history that might suggest'. So, something to celebrate: rock-solid Eva could never claim, as an obituary reported Dame Flora Robson as having said, that she never knew happiness in love. 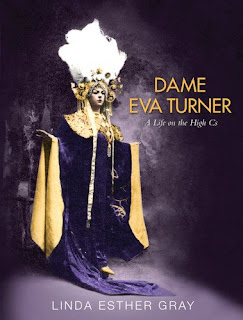 But it's the greatest Turandot of all time that the book is really there to celebrate, and it's an extraordinary thing that when you listen to the recordings of 'In questa reggia' you can tell how the voice must have pinged to the back of the theatre - an impression you don't always get when hearing CDs of Gwyneth Jones or Christine Brewer. I love all the stuff about how Eva made it big in Italy at a time when foreign artists were usually a one-month sensation, and indeed about the state of opera in the UK up to that time.

It's also surprising to discover what an eloquent and wide-ranging mind she was from her own words: the advice on singing is sterling, the choice of Desert Island Discs on two different occasions very eclectic. This wasn't just a diva who lived for her vocal art, though that was quite some art, and not entirely about size and volume. We think that the best recording to show her style is the 1928 'D'amor sull'ali rosee' from Verdi's Il trovatore, with Beecham the supportive conductor. It's there on the CD that comes with Linda's book but it's also on YouTube. Order your copy of the biography here.

Was there not something just a little cold about Eva Turner's voice? One reason why her Turandot can never be equalled?

What resord can be recommended of her singing In Questa Reggia WITH Calaf ?

The one with Martinelli and Barbirolli from Covent Garden - by which stage she was a little past her prime, but still impressive.

Actually I do find other 'In questa reggias', like Sutherland's, which test the femininity Puccini is already writing into the part. You're right, Dame Eva is a tad icy - but what tone!