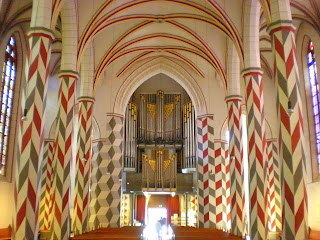 In a couple of weeks I'll be exploring for the first time one of Göttingen's twin towns, Cheltenham, which as a johnny-come-lately spa visited by Handel - only connect - shortly after its development by one Captain Skillicorn presumably doesn't have the medieval legacy of Germany's great university town. Not that Göttingen's old churches haven't been majorly restored compared to many of ours - and this, I'm told, not due to bombing (only two per cent of the town was affected in WW2, allegedly as a pact between enemies: spare Oxford and Cambridge, we won't touch Göttingen and Heidelberg). Anyway, you have to be charmed by the attempt to revive the candy columns of the 1480s in the Jacobikirche, Lutheran St James, still evangelising its good works. The gaudiness extends to the west porch. 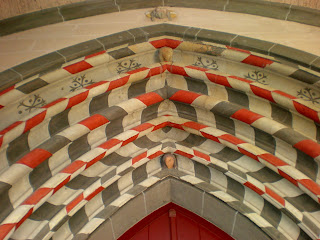 Alas, the tower was under scaffolding, so that famous view of four churches from the marketplace was incomplete, and there was no climbing to the top. But the essential treasure is the Wandelaltar. Its outer panels show the legend of St James, the 'Sunday side' the life of Christ. When I visited the 'Festtagsseite' was on display, with statues of the prophets. Not of the sharpest, this image, but I wasn't going to use flash in the church. 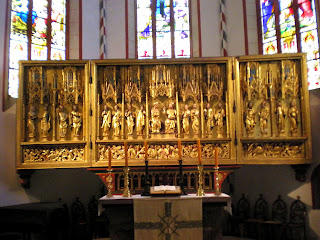 The church also has the water-regurgitator from the tower, which stood outside the museum for some years and seems pleasurably pagan in this context. 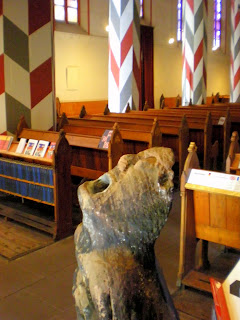 A little way up Weender Strasse, past the drug addicts and down-and-outs who gather for Jacobikirche charity, is No. 62, built by cloth merchant Jürgen Hovet in 1549, abounding in mermaids and green men as well as biblical figures. 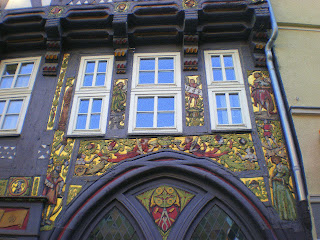 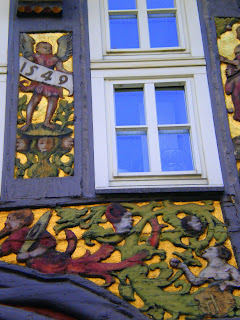 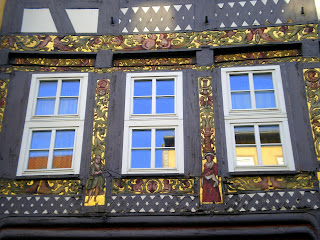 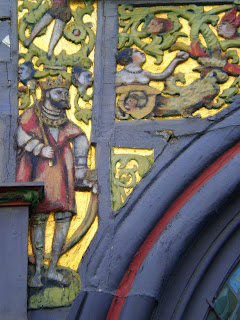 Most of the neighbouring buildings date from the 1860s. 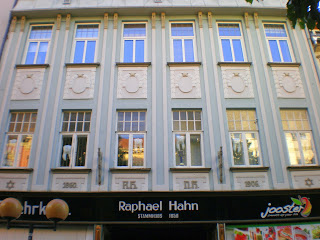 Raphael Hahn's family at No. 60 showed its pride not only with two dates but also with stars of David. Weh mir, why do the teeth in the windows remind me of Olivier's sadistic dentist in Marathon Man? 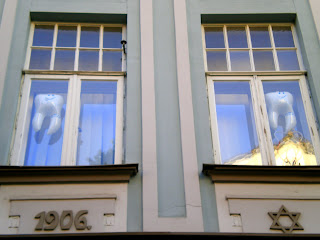 It's worth remembering at this point that in the 1930s, along with the synagogue, the university's great tradition of science and mathematics was systematically destroyed by the Nazis. 'Jewish physics', symbolized by Einstein, had to go. In 1933 Göttingen lost most of its greatest academics. I found them duly listed, so the names must be recalled: Max Born, Victor Goldschmidt, James Franck, Eugene Wigner, Leó Szilárd, Edward Teller, Emmy Noether, Richard Courant...

Still, the university flourishes up to a point, and it has the usual necessary core of radicalism (young Germans do really make me very optimistic for the future). Up the Rote Strasse, a medieval home for a casino - which at least shows that Göttingen isn't pickled in tourist aspic - 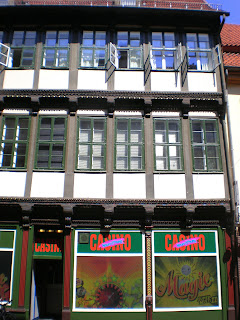 gives way to what looks like a jolly student squat. 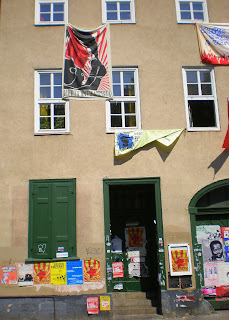 This is the east quarter, with the most ancient of the churches, Albanikirche, founded before 1012, a reminder of the old town. 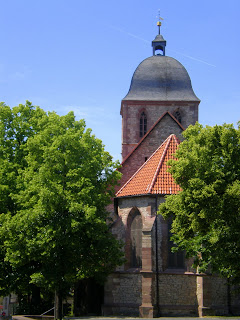 Also in this quarter is the neoclassical Aula of the University in Wilhelmsplatz, overlooked by their and our William IV, his plinth healthily defaced 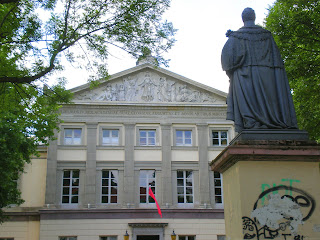 and the Junkernschränke in the splendidly named 'Bare Foot Street' once trodden by shoeless Franciscans. Built in 1446 but substantially remodelled a century later, it boasts a jutting oriel - though nothing, of course, to compare with fabulous Schaffhausen - and its brightly-repainted figures, like those of No. 62 Weender Strasse, are the German fantastical equivalent of our roof-bosses (think Norwich Cathedral especially) and misericords. 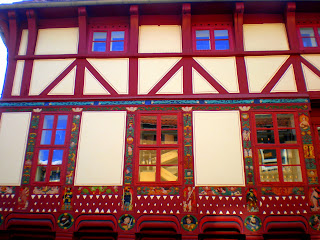 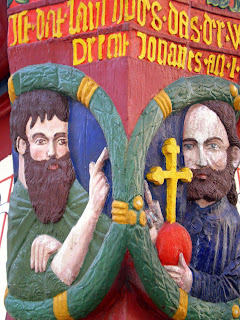 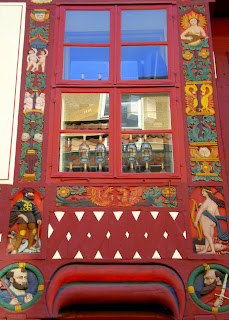 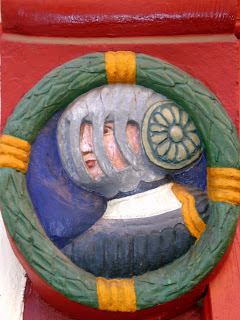 Gosh, I'm going on here in my attempt to cover all the poles, but better take a glimpse south to the much-restored St Michael's with its neobaroque tower, with the Schwarzes Bär serving up black beer (pun intended, of course) in the foreground 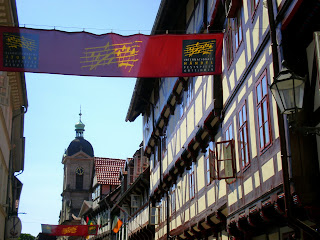 before moving on to the Johanniskirche as taken from Paulinerstrasse. Its unequal towers were used for different purposes - the south as the belfry, the north for the watchman to sound the fire alarm. 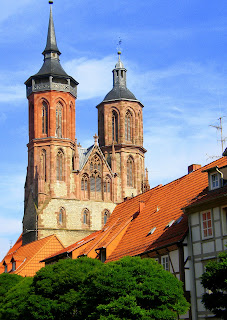 It was here that we heard the great blaze of Handel's coronation anthems - duly reported in my Arts Desk 'letter from...' - alongside rather less individual Lalande, expertly done by the nice young choristers and Musica Alta Ripa ensemble seen in a festival publicity shot. 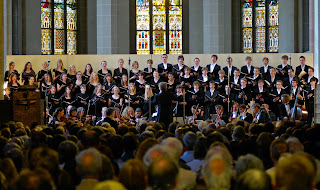 I could have continued with photoreportage of the late-night venue, the Marienkirche, which is perhaps the most suggestivo of all, but you may be relieved to hear I'd stopped snapping by then and was just enjoying the mellow near-midnight vibes.
Posted by David at 10:04