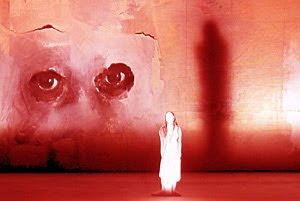 That Hilary Mantel is another one who can get right under your skin. She never seems to pen a lazy word or a dull sentence; like Prokofiev and Richard Jones - another scene from whose Brussels Fiery Angel is pictured above, surely designed by John MacFarlane - she takes you on a mind-altering journey whose end is totally unpredictable. Ghosts have always been her companions. They are, she tells us in her haunting memoir, 'the tags and rags of everyday life, information you acquire that you don't know what to do with, knowledge that you can't process; they're cards thrown out of your card index, blots on the page.'

Sometimes they're just what they are, like the little demons that bite Evelyn Oxon, the terrifying but explicable mother of that sly, mad Muriel in Every Day is Mother's Day who goes on to wreak further havoc on the unhappy mortals of Vacant Possession. Sometimes they rise to terrify from banal and even funny beginnings, like the awful spirit-guide Morris and his gathering cohorts in Beyond Black. That's where I began my Mantel voyage, despite the fact that J was pressing on me Wolf Hall and A Place of Greater Safety, which of course I will reach, but not until I've exhausted the truly personal as rendered by a very peculiar and wonderful human being. 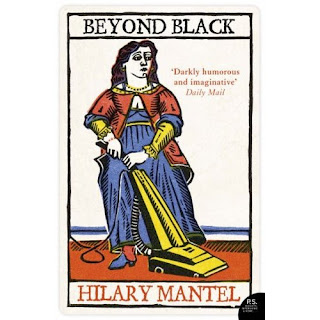 Big Al the medium is one of the great heroines and beacons of literature. But so, at the dark end of things, is Muriel: why was I so drawn and even entertained to learn what she'd do next? Both characters live on in the mind long after the books are read. And now I see why from Mantel's own quirky chronicle in Giving Up the Ghost, which pinpoints the phantasmal horror of her life when at the age of seven she encounters 'a space occupied by nothing' of colossal force in the back garden and occupies her. 'Something intangible had come for me, to try its luck: some formless, borderless evil, that came to try to make me despair'. 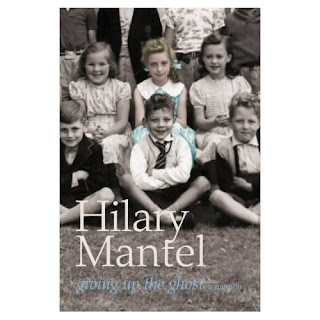 Yet beyond this, there's brightness and plenty of grim humour even when Mantel encapsulates the worst moments of her battle to be diagnosed with the endometriosis that blights her life. And it's taken the success of Wolf Hall to make us catch up with earlier masterpieces lurking in the bookshops. How many other truly great writers are out there, undiscovered by the vaguely literary like us who don't often read the book reviews? Lucky Jasper Rees got to talk to her for this week's big Arts Desk interview. So onwards to the history lessons.
Posted by David at 12:32

Mantel is a total genius. No-one writes like she does.