A Beethoven trifle for a time of feasting 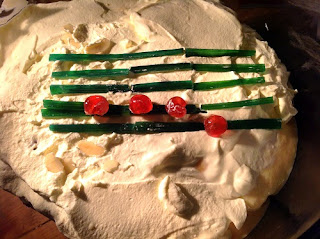 No, not one of those ever more elliptical Bagatelles, but a Gerald Barry concoction for Christmas Day, images of which he sent to me as a morning surprise and has given me his kind permission to reproduce here. No prizes for guessing why the trifle is called '5', though funnily enough the image reached me upside down, prompting me to quip that the only thing it brought to mind was one of Janáček's musicalised Czech words (like the example he gives in one of his essays of an old woman calling a chicken, 'na, pipinka, [na, na]'. 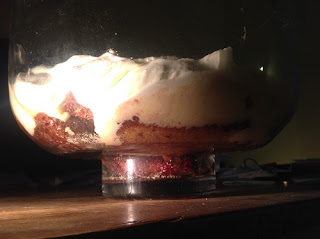 Proof that the confection hath a bottom.

And a chance for me to spill a bean or two ahead of 2016 choices. Classical and Opera picks are due out on The Arts Desk tomorrow and Thursday, and I hope I can get round to doing a selection of a few CD oddities here. One which I'll flag in advance, Barry's typically off-kilter homages to Beethoven and other whimsies, I've already reviewed for the BBC Music Magazine - rather typically, it doesn't seem to have made it to their online directory of reviews - and have played three times already. 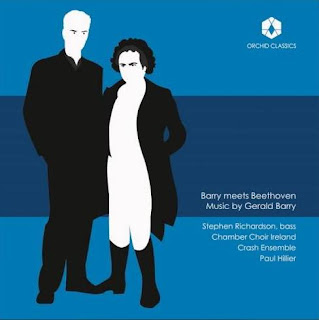 Needless to say I'm not the only one on TAD who thought the UK concert premiere of Barry's Alice's Adventures Under Ground was an operatic highlight of 2016 (and see the slightly daft entry on using 'to berserk' as a transitive verb). Hoping that next year might give us a production, but there would have to be animation in it to keep up with the velocity which is its chief characteristic (we got score directions flashing past on the supertitling). I thought that brilliant company 1927 would do the trick; Barry has been interested in the work of Barrie Kosky, who collaborated with 1927 on his Komische Oper Zauberflöte, so maybe there's the answer.
Posted by David at 18:58