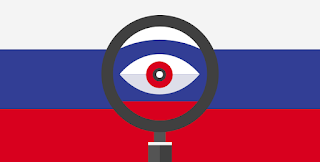 Thought I must be very small beer as far as Putin's internet watchers are concerned, but here are the Google statistics for the week's views of this blog up until today:

Call me paranoid, but I can't help feeling this has something to do with my meddling and commenting in so many LinkedIn entries concerned with Trump's Russian ties and my suspicions over the authenticity of some of the commenters. My feelings over this belated calling-out of Russian interference remain the same: in the UK, at least, Trump would have been out of the running the minute he made those comments about welcoming Russia in to hack and pry. Treasonous regardless of how the Horror-Clown intended them.

Owing to my own Russian musical and cultural interests - over which one Republican on LinkedIn, having looked at my profile, made strange insinuations - I'd expect some Russian visitors. But not this many. 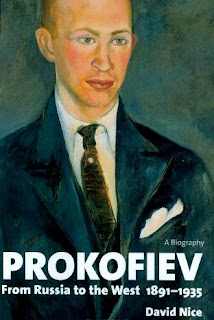 Taken out of context, under the present circumstances the subtitle of the book shorn of its dates comes to seem a bit eerie. I'll justify a few more Russian 'hits' when I've finally got Volume Two done. Which is going to happen, but probably without another visit to Moscow in the foreseeable future; I was lucky I managed the bulk of my research before things got really bad and I stuck my neck out and protested about Gergiev's unacceptable statement equating homosexuality with paedophilia ('in Russia we protect our children,' never forget he said that). My love for the Russian people and for the 'real' Russian culture remains undimmed, though.

I've asked Google to look into the current aberration, but I'm not holding my breath for an answer.
Posted by David at 12:52

I had that happen a few years back and so did Laurent. It was never explained. The figures for Russia jumped to astronomical numbers. Though it is not unusual to find strange places being recording on the tracking system as often it reflects the whereabouts of the servers for the provider someone is using. I noticed one day that my own traffic pings were showing as coming from just outside Halifax rather than Charlottetown.

But do keep in mind that old adage - just because you're paranoid doesn't mean they aren't watching you.

It's happened periodically, but never to this extent. As for the old adage, a friend from the Czech republic simply wrote 'you are not paranoid'. None of this is reassuring...