The white stuff might seem to be all that connects Orhan Pamuk's dizzyingly rich tale of fundamentalism in Kars, eastern Turkey 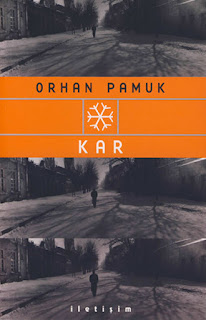 and Janne Teller's adult fairy story with a dark core. 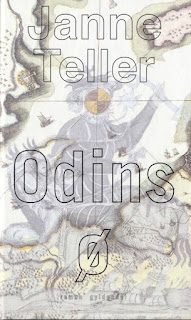 But an underlying seriousness of intent and contemporary/timeless commentary underlies both books. They are Snow - the Turkish word, kar, gives an extra layer of wordplay alongside the name of the town and the abbreviation of the protagonist's name Ka - and Odin's Island. Ostensibly the richer, because of its complicated layers, is Pamuk's masterpiece (or one of them - I've quite a few of his still to read).

The framework is semi-playful: Ka is supposed to be the friend of the author, who refers to himself as Orhan, tells us that his hero's key work is a book of poems which has been lost - I was amused to see a critic complain of this as a shortcoming - and takes the liberty of leaping back and forth between Ka's time in Kars and his two spells in Germany. Still very curious how to disentangle fact from fiction, but the internet is no help. Humour is sometimes there in the narrative, too, though it always turns to a heart of darkness. 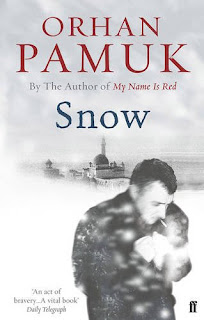 Nothing is quite what is seems, not idealism, so-called fundamentalism, love, hatred. We have some unlikely revolutionaries in a theatrical couple whose aim is to stage an English classic with a spine-chilling denouement, a poet who pretends to be a reporter and whose ability to see many sides of an argument leads to fatal compromise, love-object sisters who are not quite what they seem. It's a page-turner with plenty of compelling digressions; it speaks both of Turkey's fatal split between those who look west and others who want to preserve Islamic roots. And on it goes, with the latest news the attacks of Erdoğan's right-wing press on Pamuk and Elif Shafak as 'western stooges'.I was going to quote, but it's nearly Christmas and more remains to be done.

Likewise with Teller's Odin's Island. It starts and ends as a Christmas story, with the old chief god lost and forgetful on a Utopian northern island, trying to cope with a reindeer's broken leg. Grown-ups might think this is child's stuff, but when Odin walks across the frozen sea to the troubled mainland, a fantasy with parallels to the Götterdämmerung that is Norse mythology's Ragnarok unfolds compellingly. In between the prologue and epilogue comes the chronicle of an eventful year, presumably the eve of the new millennium, which is when the book was published. 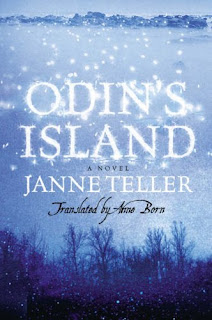 Teller has pure fun as well as tragicomedy with the religious factions who take Odin as a new Messiah (or not). Her semi-mythic boat people are fascinating, too; though the book keeps its feet on the ground with its torn heroine. And the island of the mysterious disappearing act(s) is the other main character. Again, further description would spoil the plot. A thoughtful book to read as we move into what may be the darkest year, at any rate in my life. Good, then, to end with a poem reproduced in full online by the admirable Sam West, Hardy's The Darkling Thrush. The photograph is by Andreas Eichler of Mannheim. 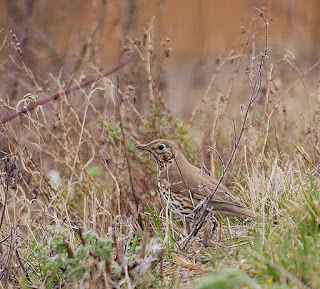 I leant upon a coppice gate
When Frost was spectre-grey,
And Winter's dregs made desolate
The weakening eye of day.
The tangled bine-stems scored the sky
Like strings of broken lyres,
And all mankind that haunted nigh
Had sought their household fires.

The land's sharp features seemed to be
The Century's corpse outleant,
His crypt the cloudy canopy,
The wind his death-lament.
The ancient pulse of germ and birth
Was shrunken hard and dry,
And every spirit upon earth
Seemed fervourless as I.

At once a voice arose among
The bleak twigs overhead
In a full-hearted evensong
Of joy illimited;
An aged thrush, frail, gaunt, and small,
In blast-beruffled plume,
Had chosen thus to fling his soul
Upon the growing gloom.

So little cause for carolings
Of such ecstatic sound
Was written on terrestrial things
Afar or nigh around,
That I could think there trembled through
His happy good-night air
Some blessed Hope, whereof he knew
And I was unaware.

I wish us all some measure of how that 'blessed Hope' may come to pass.
Posted by David at 13:46

It seems likely that our present time is no worse than many times in the past, and probably in many ways far better. The difference now is that through the internet and 24 hour news we know of all the problems and it worries us, and because it worries most people the worries spread.

'In the past' going back as far as the Thirty Years War and WWs I and II, no doubt. You have lived through worse; I haven't. The rise of the right and the threat to the peace project of Europe from Putin are very real dangers. I admit Trump might not make it to office and certainly won't last, but how much damage can he do? And now the Israel settlement question promises an even bigger flare-up in the Middle East than usual.

A lovely poem to close the post. On other matters, we are in for a very long dark time worldwide. Do read that Krugman article I sent on.

I shall, Sue: knocking off duties shortly, and not evading responsible reads,,, And I don't doubt it about the dark time, which 2016 properly unveiled (though the summer of 2015 was a horror worldwide). The abyss has opened, and we must struggle with all our might not to fall into it.

I also turned to Hardy's poem The Darkling Thrush. It was three years ago and I was contemplating an onslaught of Great War history, memorabilia and commentary. http://www.josieholford.com/a-darkling-year-or-joy-illimited/ Seems like a time of sweetness and light compared to the prospects right now.

Must head over your way to read that, Josie. By the way I think Janne Teller's Nothing as well as her passport-version War should be distributed in all schools (Nothing is very definitely for teenagers only, but also adults). So many issues to set young minds racing.