A few wrongs to Wainwright 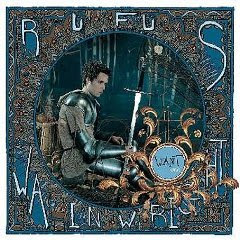 They’re savaging Rufus over on a certain site, without having heard a note of his new ‘pastiche of an opera’ Prima Donna. Well, I haven’t encountered it yet either, though I’m sure that if a case is to be made, that fine singing actress Janis Kelly will make it*.

Anyway, Wainwright’s in good company being torn apart by the operahounds: Renee Fleming is the main target of bile, and for all her faults, when she’s good she’s great. I know because I’ve just been listening to her Rusalka, and she even scores over the divine Benackova in terms of amplitude at key moments.

As for whether our Rufe has bitten off more than he can chew now, I’ll leave it to the critics. I haven’t been keeping up with him recently, and can’t say whether the foolhardy attempt to echo Judy at Carnegie worked or not.

What I do know is that he’s produced some of the best songs of recent years: on Want One ‘Oh what a world’, ‘I don’t know what it is’ and ‘Dinner at eight’; on Want Two ‘Peach trees’ (my own personal favourite), ‘The art teacher’ and ‘Memphis skyline’. 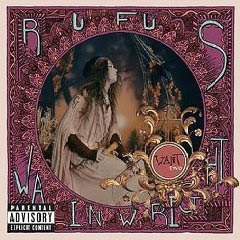 *It seems she tried. Reviews catch RW between the devil and the deep blue sea. The usually astute Lynne Walker had this to say in The Independent and was roundly excoriated by most of her commenters (including one Dr. Jonathan Miller). On the other hand, this NME review is worth looking at, if only because it perpetrates the usual myths about opera and elitism. For a very witty piece of writing, go to Warwick Thompson on Bloomberg.
Posted by David at 12:58

Did you see the documentary about RW the other evening on telly? Setting aside the horror that is his new beard, it was rather fascinating, especially as not just his mother's side of the family but the famously errant father was there too. And did I spot Chris Lemmings singing as one of the principals?

No, Andrew, I didn't. And I also missed Wufus on Woss, which I can't bear at the best of times.

Chris Lemmings pops up from time to time. By all accounts his Ades Caliban was a lot better than You Know Who's.

As for the horror of the beard, it would have to be surpassed by the horror of RW turning up at the premiere as Verdi (maybe that was the reason he grew it), with Puccini in tow.

David I'm with you on this one - getting tired of the vicious and downright malicious bashing that seems to go on. Perhaps a few people should put their CD collections - not to say their 78s - on hold, get out and see the world.

Willym - good to see that Rusalka's day of silence in the court of antiblogfreedom Berlusconi doesn't prevent a visit to the much-maligned (by that site) Brits.

BTW, 'where the hell have I been' was my opening gambit after the silence earlier in the year.

Andrew - I don't think that was Chris Lemmings after all.

While I didn't see Rufus's opera in person, I did watch the "Imagine" documentary on BBC 1 or BBC 4, I forget which, that Andrew refers to. Apart from the beard which was strangely compelling in the same way as a grizzly bear grooming is compelling, I found him fascinating. Articulate, cultured (although probably unattuned to Handelian opera and the dramma per musica tradition, he's very switched on to late nineteenth-century Italian opera) and well-read. I loved his mother and her devotion to her son's genius. And I loved the moment when Rufus sat down at his old family piano to play and the camera drifted up to capture the ranks of books, all well-loved and well-read and not a dud volume among them. The other thing that I can't forget isn't so great: the two songs that Rufus sang at the end of the programme. The sustained repeated harmonies doing little and the monochrome voice (somewhere between ruby and violet, if you're thinking synaesthetically).

It hasn't put me off wanting to hear more.

One question remains: did he do his own orchestration?

Thanks, Colin, for that eloquent appraisal. Yes, I believe RW did his own orchestrations though I couldn't swear to that.

Do you know ma and auntie's songs? The album Dancer with Bruised Knees, including the fabulous 'Southern Boys', is a well-deserved classic.