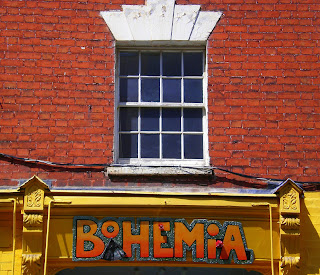 For all his rural roots, Johnny ‘Rooster’ Byron (see below) would be tickled pink, and no doubt painted green, by the Peoples (sic) Republic of Stokes Croft. Reclaiming a black hole of Bristol from the council, and regenerating it through a Banksyan manifesto of public art, the Republic is in tune with the times: up the hill at the City Museum and Art Gallery, you’d have to queue for an hour or two to see Banksy’s artworks, currently the most popular exhibition in the country and luring allsorts as no show of its kind has ever done before.

Well, it was too hot and bothersome to join the queues, but we did make a lengthy expedition of Bristol on foot. All I’ve seen of the city before have been the unlovely theatre where WNO’s Queen of Spades was running and the building right next to Temple Meads Station where a starry misalliance of closed minds talking about Empire took place a couple of years ago. On Saturday we struck out from friends Daniel and Frith through St Andrews Park to Gloucester Road with its trendy cafes, Amnesty Shop stocking a wide range of sheet music – among others I picked up a Belyayev score of Scriabin’s Prelude and Fugue for left-hand piano - and general feel of Antipodean counter-culturalism, with all the concordant friendliness and openness that implies.

A short way down the hill through no-man’s land, you hit Stokes Croft. At a sale of odds and ends outside an artists’ loft with room on the wall for any sculptures you might wish to lodge, I picked up an old Dorset guide. 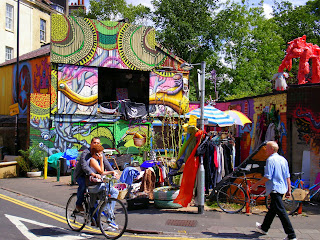 Then we wandered down the neighbouring street with its bohemian shops, Italian deli of long standing and the odd boutique before heading back and on for the PRSC Headquarters, outside which street artists were hard at work enlivening the local walls. 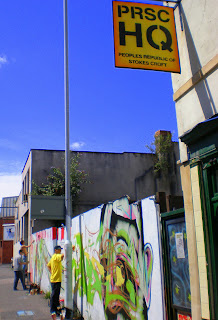 We spoke to Chris Chalkley, passionate Chairman of Stokes Croft, about his Utopian vision and found out how well it seems to be working – though he was having none of J’s suggestion that the best way to influence the Council would be to become a Councillor himself and work from the inside. They were holding a Dutch auction of very variable artworks (ie bid the price you think the work will get) and awaiting the Royal Visit of Brad and Angelina, enticed to Bristol like so many other celebs by the Banksy show. True story: the man of mystery wanted no merchandise on sale, but one day a box of Banksy stickers and cards turned up at the Oxfam Shop opposite (we have the road sign of ‘Slow Children’, two obese icecream eaters).

One more local artwork just opposite the HQ: a Hokusai wave with a more recent addition in a different style: 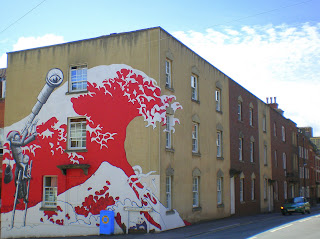 I could go on to extol the often crumbling Georgian terraces of Bristol, the leafy heights of Clifton and the views over the suspension bridge and the Avon from Observatory Hill, but it’s more apt, perhaps, to move on as we did on Saturday evening to artworks in a very different setting. Detained in Venice by an easyjet travel nightmare scenario – which of course gave us the glorious sunny day exploring Bristol - Deborah and Andrew van der Beek picked us up from Daniel and Frith’s and drove us to their, um, somewhat idyllic home in Lacock, which they lease from the National Trust. 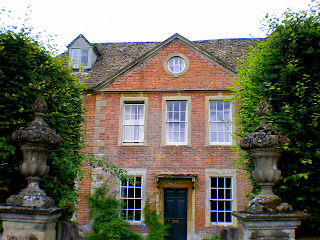 This is the house at the epicentre of the ‘panic’ in Cranford – best of all BBC classic serialisations, in my opinion – from which the shot is fired to protect Mrs Jamieson. It is also Casa Horace Slughorn (Jim Broadbent) in the latest Harry Potter film, and several American tourists who were old enough to know better accosted us to ascertain this ‘fact’.

Now it’s a kind of freedom hall for serpent and sackbut doyen Andrew, who's run several of his enterprising summer schools here, and for Deborah’s astounding paintings and sculptures, including her Ned Kelly sequence which she brought to the Twelve Star Gallery last year. I’m so pleased that, following our discussion at the exhibition (though not through my sole influence by any means), Deborah subsequently turned to my literary hero of heroes, Don Quixote, and his poor old nag Rosinante. There’s a big Don Q beneath a Ned Kelly picture 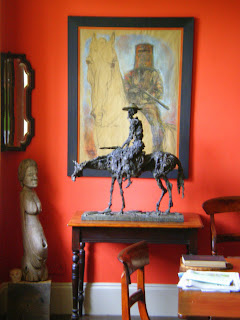 and a smaller model which started life as a maquette, and which I covet: 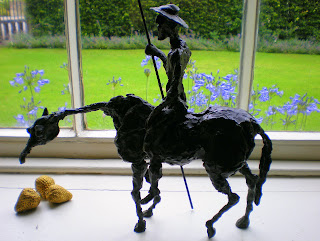 There are plenty of ‘bests’ for me here: best Don Q sculptures, best bathroom since Parmigianino’s Diana and Actaeon frescoes in Fontanellato, decorated by D in A’s absence... 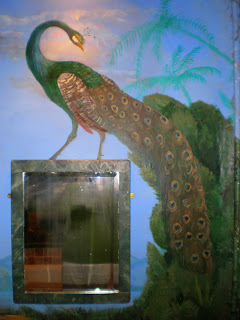 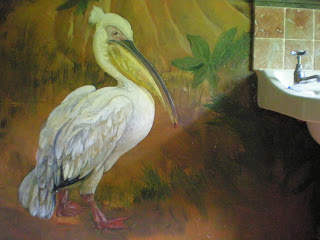 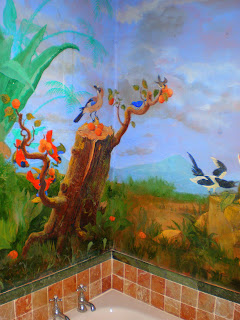 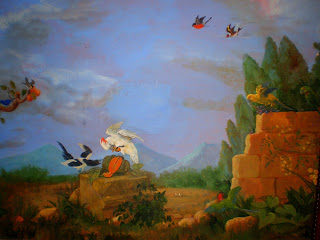 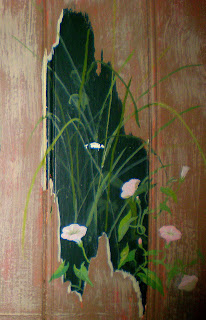 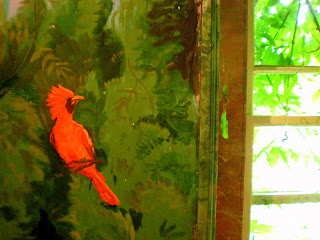 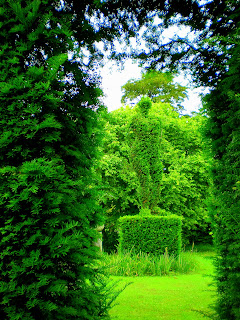 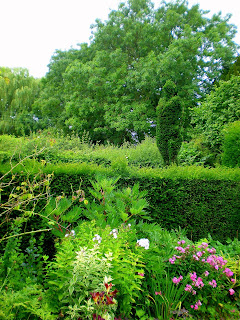 with another impressive earth-woman in a central rotunda (open to the skies as yet). 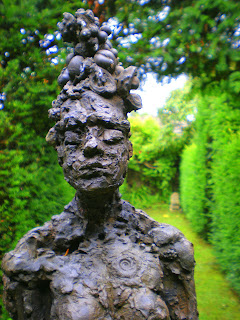 We packed a great deal into one Sunday, but I’ll have to postpone a few thoughts on that as I’m off to talk before the CBSO/Nelsons Firebird Prom tonight. More to follow, too, on last night’s bumper concert with lively, if truncated, Petrushka and the wondrous Martinu Concerto for Two Pianos.
Posted by David at 13:24

From Mark Turton
re further information regarding DAB Radio.
As your previous comments have shown, DAB reception is lessened in proportion to the number of users. The major radio producers are trying to solve this problem by developing a DAB system which won't do this, provisionally called DABplus. Unfortunately this cannot be received on present day DAB radios - instead we will all have to go out and buy separate DABplus radios.
So if FM analogue is switched off, and DABplus introduced, there will be several hundred million radios in UK of no use whatever!
Mark Turton

That house and garden are just unreal.

Indeed, wondrous, I'd say - they remain in my imagination bathed in a kind of 'Tom's Midnight Garden' dream.