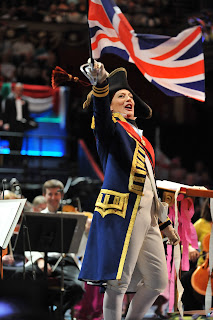 ...to attend at least to a bench end or a brick in Nelson's home church of All Saints Burnham Thorpe, now that we're finally stumping up nearly a grand (La Connolly plays the Admiral above, dragged up yet again for 'Rule, Britannia!' at this year's Last Night of the Proms; photo by Chris Christodoulou). We three who walked from the Walpoles to the Wiggenhalls between us raised £878 for the Norfolk Churches Trust which will, after much shilly-shallying, be handed over this week to Mary Heather at Burnham Thorpe. Apologies, those of you whose cheques have been sitting in envelopes for the past few months, and thanks, everyone, with a nostalgic reminder of that golden September day which started near the Wash and ended up along the Ouse. 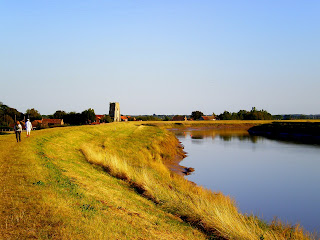 I blush to say that, while we rove the country in search of Britain's best churches, I haven't always paid attention to what's in our own back yard here in west London. For some reason - timid, perhaps, of the 'gay orgies' touted in the local press - I hadn't passed through Brompton Cemetery until this autumn. Now that I know there's cycle access, and that it makes an attractive short cut if I'm heading towards the river, I'll be doing it all the time. The Friends of Brompton Cemetery have a very active programme, though the literature notes somewhat tongue in cheek that the amenity is open 'for the purposes of passive recreation'. 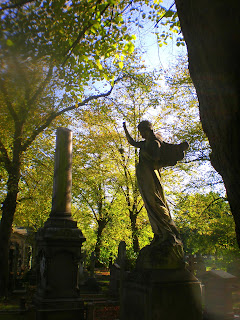 On a site of brickworks and market gardens, the West of London and Westminster Cemetery Company, established in 1836, planned a vast open-air basilica. Its vast ceremonial drive culminates in the arcades and catacombs of the 'nave' 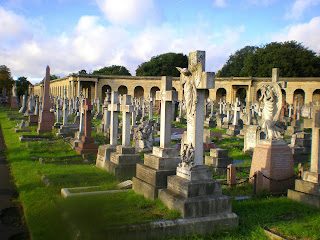 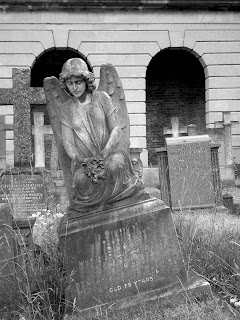 and an octagonal chapel at the end. The grand plan was never completed, but the essence remains.

So, too, do many splendid tombs and monuments. The most famous incumbents (or should I say recumbents) are Richard Tauber and Emmeline Pankhurst, close to the Old Brompton Road Entrance, and Constant Lambert tucked away in the south. Finest of the artworks is Burne-Jones's monument to Frederick Richards Leyland, shipowner and patron of the Pre-Raphaelites. 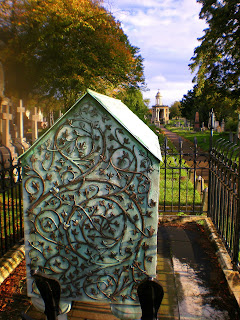 It's in white carrara marble with a copper roof and bronze curlicues. 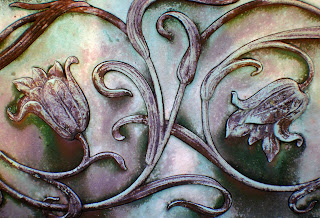 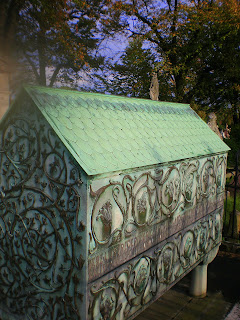 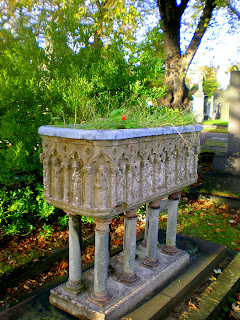 The 'medieval Sienese monument', handsome though it is, turns out to be nothing of the sort; the real thing would not have weathered so badly.

Continuing our route to the Chelsea Physic Garden, we popped into the Chelsea and Westminster Hospital. Didn't the chapel house a Tintoretto? It turned out to be a Veronese, and recognisably so, a resurrection in a very fine frame (contemporary with the painting, but not the original). 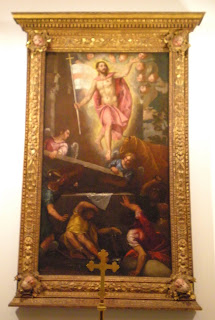 Who knows what other treasures remain to be discovered within a twenty-minute radius? As we're not off to Mali this year, the quiet days around Christmas could be a good time to explore further. Here, by way of contrast, is an idyllic view over Djenne's famous mud mosque, with footballers in the foreground, from Sophie's Hotel Djenne Djenno, and sigh for warmer climes. 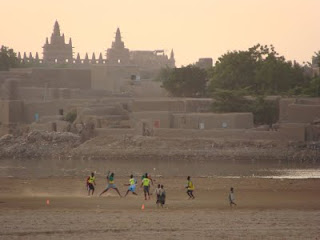 In the meantime, the BBC, in raising a 'stark and disturbing question' over what another African country's parliament might like to do, proves there's a lot of people out there casually wishing a lot of other people dead. Let's not forget it's a scary world, even close to home.

Later: the title has been modified to save Have Your Say's streaky bacon, and the comment facility closed, but helpful updated observations, on taxing the gays and other such modest proposals, are to be found on the wonderful spEak You're bRanes blog, 'a collection of ignorance, narcissism, stupidity, hypocrisy and bad grammar'.
Posted by David at 10:30