Or rather, onions and emperors... 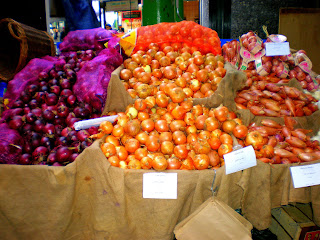 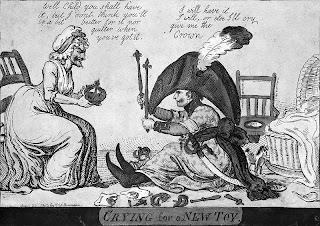 all in last Thursday's stately progress from Borough Market via the British Library to Ivan Fischer's exhilarating performance of Beethoven's Eroica Symphony at the Queen Elizabeth Hall.

Food and drink first: that little row of trendy eateries on the edge of the expensive but still unique Borough Market which so appeals to us BoBos (= Bohemian Bourgeois; it could equally well be BohBous). Second only to St John, where we took my blogging New Best Friend Will and his partner Laurent after a Barbican concert for pig's spleen, snails and Eccles cakes, is the Wright Brothers Port and Oyster Bar. It was full up on a Thursday lunchtime, however, so we found a pure Boh organic burger space along the same street where we sat in the semi cold and watched life passing like that seasons-alter scene in Notting Hill. Then to two-thirds of the usual ritual: a cake from Conditorei and Cook, a latte (J's; mine is an espresso but doesn't photograph so picturesquely) at the Monmouth Coffee Company. 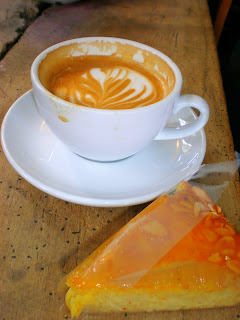 Next I became a snapping tourist in the market. Couldn't resist reminders that somewhere in Kent, albeit forcibly, something - rhubarb - is growing 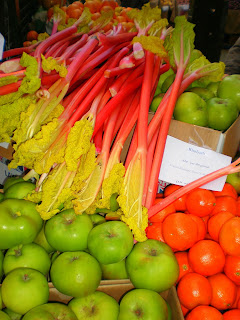 and there are plenty of fish in the sea, as yet 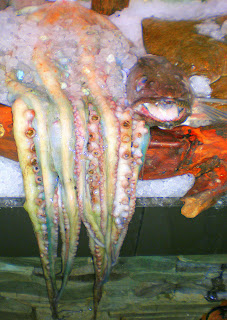 though probably not this one, not in these waters, at any rate. 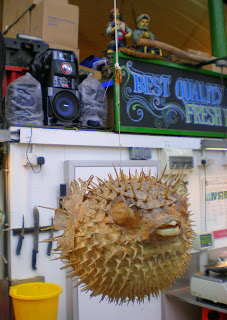 I've already waxed about the Alice cases at the British Library. But we also stumbled across a cast of Chopin's hand 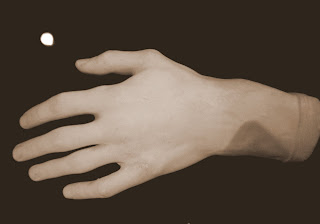 and, only connect, moved from daguerreotypes, of which this portrait of a none too happy looking Chopin shortly before his death is one of the earliest, 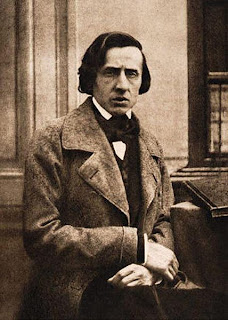 to the photography exhibition. Although I've been to Lacock Abbey, I'd forgotten how artistic a picture-taker was Fox Talbot. I especially love this homage to a Dutch domestic scene, captured at Lacock. 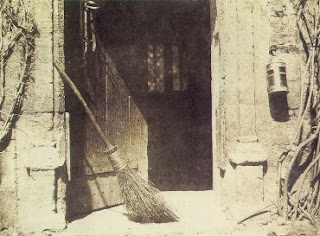 After killing time in bookshops and cafes, we slumped in the RFH and wandered over to the QEH for the Orchestra of the Age of Enlightenment's latest instalment in their Beethoven cycle, this time with the inspiring, always unpredictable Ivan Fischer (photo by Marco Borggreve). 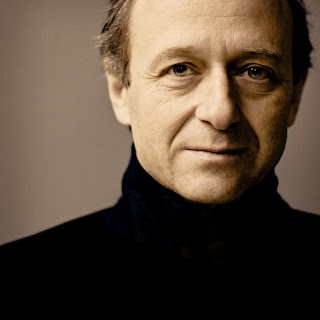 The Second Symphony had its surprises - the wild coda of the first movement, which given this band's shock of the new, one could understand first-time listeners being discomforted by; and the way Fischer turned the last of the slow movement's clutch of themes into a bouncing little Landler. But of course it was the Eroica which was bound to astonish. 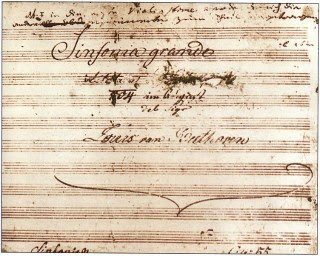 The Funeral March became a private utterance, with overheard upbeats from the splendid double-basses led by the ever-expressive Chi-Chi Nwanoku; and I think I found loveliest of all that moment in the Prometheus variations when the tune very briefly turns bucolic after a patch of turbulence. The horns held fast, and of course produced a sound no modern equivalent can match; besides, the valveless originals give a competely different meaning to Beethoven's line and choice of strong/weak notes.

There are, of course, heaven-storming sounds you don't get with a period-instrument band, but by way of compensation how much colour can be shifted in a single chord. And it was all as invigorating as I'd hoped, my mood having been occluded by personal grief and a harrowing sit through Maw's Sophie's Choice on DVD (which does work for me, ultimately, in the last act, touched by grace). I'd wanted more of the same brio on Saturday from the BBCSO/Minkowski Pergolesi and Stravinsky double bill, found myself exiled to the Bavarian RSO/Jansons concert but discovered it to be equally uplifting, thanks to Mariss's dancing mobility and a rather unusual, buoyant view of Shostakovich Ten, duly noted in detail in my Arts Desk review. And, yes, the BRSO IS one of the world's best orchestras, no doubt about that.
Posted by David at 10:19

You might be interested to know that the Marine Band is giving a concert for the Ides of March, entitled _The_ _Force_ _Of_ _Destiny_, and that it is to conclude with a suite from _Romeo_ _And_ _Juliet_, prepared and transcribed for the Band by one of its arrangers, MSgt Donald Patterson. If you, or anyone else, would be interested in reading _THREIR_ programme notes, you may do so by first going to www.marineband.usmc.mil/whats_new/index.htm, and then entering the link to the notes at the end of the notice of the concert. If the Rozhdestvensky arrives by Saturday, I could possibly spend some time with it prior to the concert, or maybe just a little on Monday. The rest of the programme seems interesting as well, and will be curious about a newish work for trumpet and band, called _Awake_ _You_ _Sleepers_, inspired by the shofar calls for the Jewish New Year.

Yikes! Enjoy. I believe CD Review played a brass arrangement of an R&J Suite before the Building a Library, but I hadn't switched on by then.

I'm quite curious to hear what the Mariinsky Brass make of various transcriptions some time soon in London.

This transcription will be for full wind band, wind, brass and percussion. I can only hope that Col. Colburn, the Band's Director and one of the most intelligent musicians I know, will see fit, if copyright does not prohibit, to eventually make some of this concert available online for listening and possible downloading! The _Perfect_ _Fool_ _Suite_ was transcribed by a former Director I also knew, Lt. Col Dale Harpham, though I have not heard this transcription, but rather the original orchestration, with guess-who conducting.

Re a comment I left here earlier today, I now find out that Maestro Fischer is no longer interrim Music Director of the NSO so far as I could tell, but that position, along with that of Music Director of the Kennedy Centre, has now been taken by Maestro Aschenbach, the latter a newly-created position if I am not mistaken. His first concert is the Verdi _Requiem_.

We must have both been in the BL at the same time last Thursday...

And, of course, that should have been Maestro Eschenbach, I understandably having had a case of Britten on the brain.

p.s. _The_ _Greek_ _Passion_ has arrived, and I have listened to some of it, though probably not enough yet to have an informed opinion.

The Greek Passion is, for me, a theatrical opera... it doesn't quite have the same impact on disc. In the Pountney production at the ROH, however, it stood up as one of the greatest things I've ever seen.

My first experience of Greek Passion was in concert, Belohlavek conducting, at the Edinburgh Festival. That knocked me for six even more than the much later Pountney production.

That is indeed encouraging news!

So, if you would care to say, does that mean you are a cricket enthusiast? I learned more about the game this past Summer than I had known previously, and might wish to listen to some broadcasts this year as well as possibly attending another match or more here in the area, though the foreigners who were playing last year were a bit cool, one team seeming avowedly anti-social in a quiet way. Yet a couple were helpful.

No - I don't even understand the rules. Sorry to disillusion you.