Before and after the storming 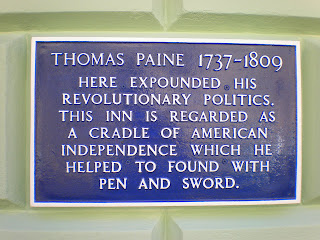 Yes, it's Bastille Day (Ingmar Bergman's birthday too, which means I feel an entry of a different sort coming on, as well as that of my dear late friend Elaine Bromwich, who would have been even older than Ingmar). So it's timely to invoke the good exciseman-tobacconist of Lewes again (we were moseying happily around our intended ville d'adoption on Sunday after the Quentin Follies). 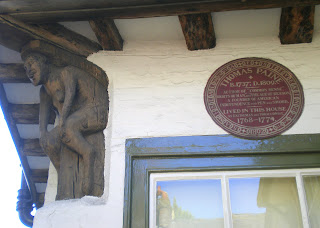 I still have to plough through the whole text of The Rights of Man, though at least I've read the Preface in Alasdair Gray's masterly anthology, a book for backofjacketskimmers if ever there was one, though with superlative glosses, and one of the most beautifully produced books I possess. 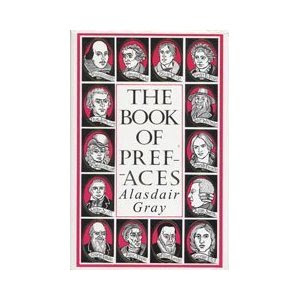 No end of good stuff still to read about the French Revolution, though I doubt if any will have the flair and the vivid, as-if-it-were-only-yesterday qualities of Hilary Mantel's first masterpiece. 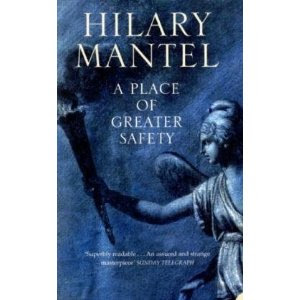 I finished it on the way back from Sussex and came close to shedding a tear or two over the fate of Camille Desmoulins, his shrewd wife Lucile - one of the best female characters in an historical novel, surely - and his pals Max and Georges (Robespierre and Danton). Tried to start an abridged version of Carlyle's The French Revolution yesterday, but the empurpled, engorged prose is just de trop.

Anyway, really ought to pay my erstwhile chums at Maison Bertaux in Soho a visit. On this day they celebrate (or certainly used to) with hourly spectacles of Michelle baring a breast as Marianne, and stalwart Johann as Marat assassinated in his bath by Charlotte Corday with a raspberry ripple ice cream cone. In fact, I might just pop along as I'll be in that neck of the woods shortly.
Posted by David at 14:54

Lewes is lovely, isn't it? Another (guilty) non-reader of Paine's most famous work. Although I do think he got Napoléon badly wrong.
Agree with you 100 percent about Hilary Mantel's 'A Place of Greater Safety': read it when it was first published, and it has remained vividly fixed in my memory ever since. Like you, I was moved by the fate of Desmoulins and his unfortunate wife; their son, sadly, failed to survive. How different things would have been, had Danton & Cie prevailed!

I very much HOPE that no one in this correspondence believes that the French Revolution was the dawn of democracy. Like so many revolutions it devoured its children and led to 25 years of dictatorship and war. Look rather to the Enlightenment....a propos which, how useful today is Voltaire's observation that " Those who believe absurdities will commit atrocities "